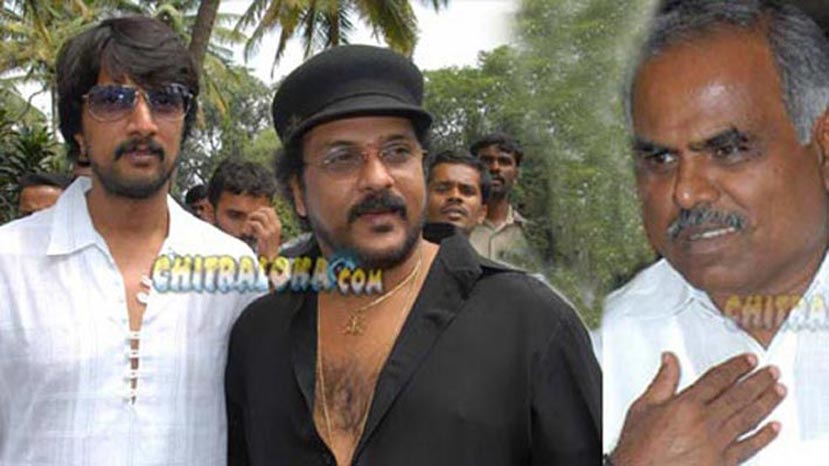 Sudeep is all set to direct Ravichandran in a new untitled film confirmed producer M N Kumar. He has been trying to do a film with Sudeep for some time now. The film was supposed to be launched during Sudeep's last birthday itself. However, the film got delayed because of Sudeep's prior commitments. Now that Sudeep is thorough with 'Big Boss', he is all set to direct and act in a film which us scheduled to be launched on Aug 12 or 19th or 23.

MN Kumar says the new untitled film will have Ravichandran playing a prominent role in the film. Sudeep himself has written the story and screenplay of the film. We have already had a discussion with Ramys and she may be the heroine for Sudeep, the search for heroine for Ravichandran is still on.

What would be the title for this movie? Malla – Nalla?