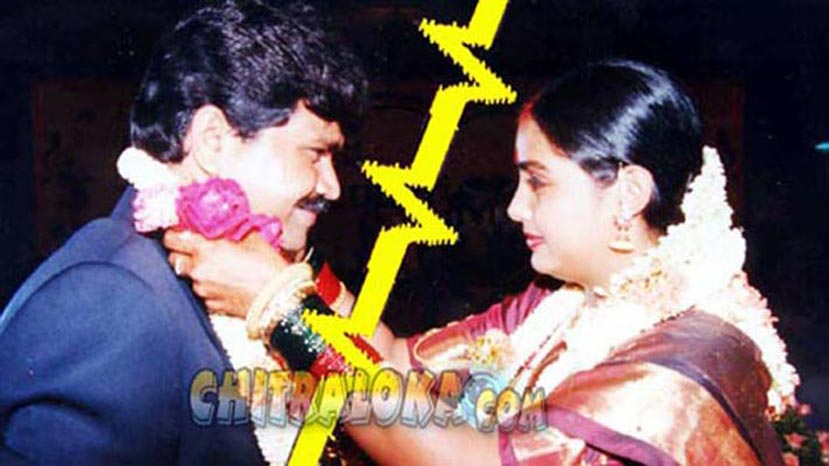 Popular film actress Shruthi on Tuesday afternoon has applied for the divorce in Bangalore
Family court with well known director S Mahender. Speaking to chitraloka Shruthi said `From
the past eight years I was thinking of taking a divorce with S Mahender. But I waited in
patience thinking that things would become alright. But nothing happened till now and I took this
decision today. My parents are not happy but they know the situations what I was facing’.

Shruthi Did not tell the reason for applying the divorce. Shruthi and S Mahender were loving each other and got married in 1998 and they are having a daughter.
In Gatti Mela Shruthi and Mahender acted together which Mahender directed.
Recently Shruthi had joined BJP Party and was campaining with S Mahender. When chitraloka contacted Mahender his mobile was switched off.