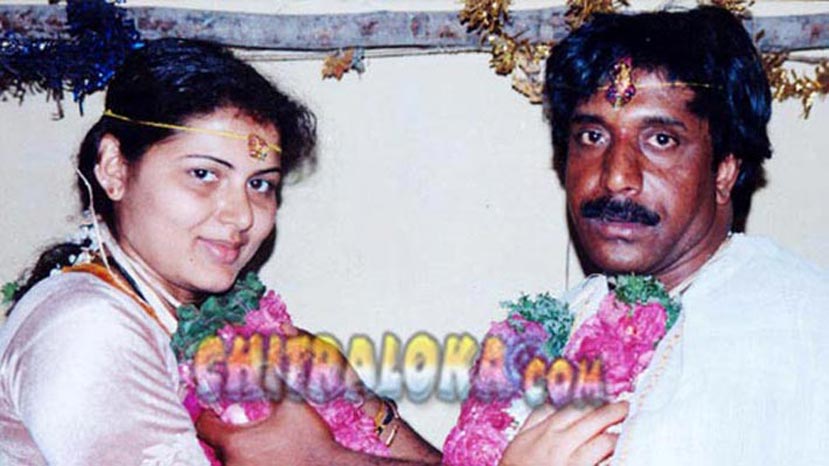 Noted Kannada film director Om Prakash Rao is romancing like a hero on the screen in his real life. He got married for third time at Thirupathi on February 13 between 1.30 and 2 pm auspicious time. His latest wife is Bhavya Premayya a supporting actress in big and small screen.

A few days before the marriage director Om Prakash Rao presented a silk saree to his second wife Nanda and paid the school fee for the child. Meanwhile the mother of Om Prakash Rao – Yashodamma dipped in sorrow left the child Kushboo of nine years old to the custody of the first wife of Rao – Rekha Das a familiar actress of Kannada cinema.

It was a third love marriage for Om Prakash Rao known for action packed Kannada films like Lock Up Death, A.K.47, Vandhematharam. His latest film under production is ‘Huchcha’ for producer Rehman.

The fact is that the families of his mother, the second wife and also the family members of Bhavya Premayya are in sorrow mood with this development.

The aged mother of Rao – Yashodhamma (wife of famous comedy actor N.S.Rao) is furious about this development. Obba Gandasu yeshtu  madhuve agodhu antha amma bejarinda helthare. There is another distressing aspect. The second Standard student Kushboo says ‘Naanu yeshtu janaranna Mummy antha Kareyali’. He had broken his legs twice and was living with Nanda. I was earning from the milk generated from six cows. There was no necessity for my son to get married says Yashodamma in a telephonic talk to this website.

Morality comes and grows. In the case of Om Prakash Rao marriages comes and goes setting a wrong precedent.