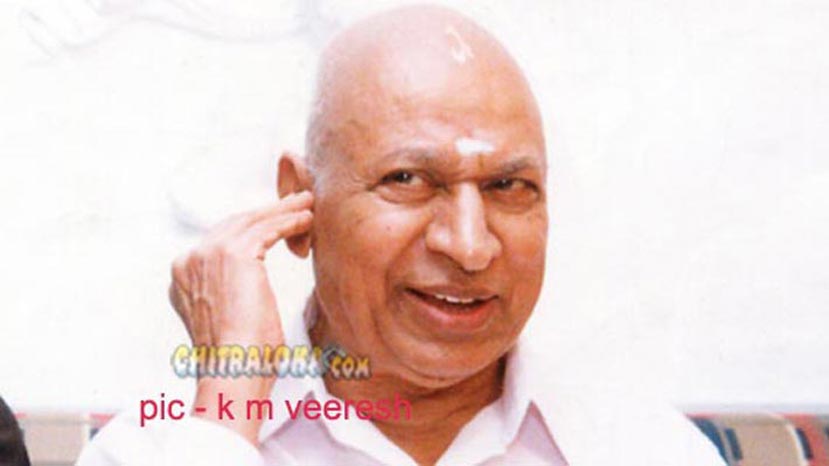 On the occasion of Dr.Rajkumar’s first major operation of knee and hip joint the curious editorial team of Chitraloka takes a look at the previous ailments of Dr.Raj in his career of 50 years of acting.

When his better half Smt.Parvathamma was consulted on this topic she obliged for our concern and narrated the occasions of ill health of Dr.Raj.

In an hour long interview with Chitraloka Smt.Parvathamma disclosed that Dr.Raj is not used to medicines and always defeated the regular ailments either with ‘desi’ preparations. Most of the occasions he lived without medicines for fever, cough and regular cold attacks.

However we bring you some of the occasions that forced Dr.Raj to take rest.

• At the time of shooting of ‘Devaru Kotta Thangi’ fever forced Dr.Raj to take rest. Smt.Parvathamma was in Chennai and Dr.Raj was in Bangalore. It was the beginning of schools for children in Chennai and after sending the kids to the school Smt.Parvathamma rushed to the Bangalore. She took the ticket meant for K.V.Gupta and rushed to take care of her husband. She boarded the flight in Chennai at 11 am and came to Bangalore at 3 pm. There was some delay from Airport authorities then. As she reached she noticed her husband admitted to hospital. At Bangalore Nursing Home it was ascertained that he developed stones in the bladder and had not passed urine for a few days. Through medicines the stone was crushed and he was OK after sometime.

• Then he had piles operation.

• For usual fever he never used to care. No tablets. For cough he used chew the ‘Hiple, Thulasi leaves and pepper’. Once we noticed fever during ‘Haalu Jenu’. He took the usual cold water bath, did Yoga and stood before make up man.

• The knee ailment was first noticed after the last day of ‘Oda Huttidavaru’. He had lot of stressing work at Madikeri shooting schedule. The first medicine applied was desi one from Batrahalli. Dr.Raj continued with Yoga and controlled it very much. Later orthoscopy was done.

• In all in 108 days of captivity he walked 370 kilometers. It has slightly complicated the issue. But in the inner family circles recently the operation was discussed. Dr.Raj was against to it. He had seen some persons walking after their knee operation and was bit depressed. But finally agreed.

• The post operation is very painful according to doctors at Miot Hospital. Dr.Raj never screamed of pains. The doctors attending on him disclosed that Dr.Raj is the best patient they had seen so far in their hospital. What we can say is that ‘Yoga’ has kept him almost perfect.

• Now at this point of time with two operations he is doing 30 minutes of ‘Pranayama’ and 10 minutes of another Yogasana. He takes one vitamin tablet and another one prescribed for the operation that is compulsory till he becomes completely fit.