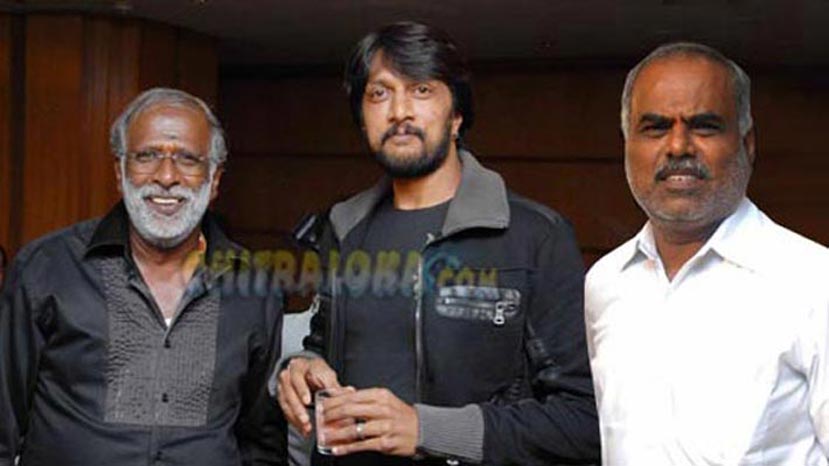 With Yogaraj Bhatt’s new film for Kumar and Karisubbu postponed a little further, there are speculations that Sudeep would be acting in the film in place of Yash.
Earlier, Yogaraj Bhatt had indicated that Yash would be the hero of his new film. However, there are theories that after all Yash won’t be a part of the new film and Sudeep may replace him. The reasons for such a theory are that, producer M N Kumar has Sudeep’s dates and is waiting for many years to produce a film for him. There was news that Harsha and Ram Gopal Verma might direct a film with Sudeep in lead role and now sources say that M N Kumar is keener to do a film with Sudeep in Yogaraj Bhatt’s direction. The trio’s last outing was ‘Ranga SSLC’ after which Sudeep and Kumar parted ways with Yogaraj Bhatt.
Now Kumar wants to create a magic by uniting Bhatt and Sudeep. Even other Karisubbu who is very close to Sudeep in the recent years after he acted as a father to Sudeep in ‘Vishnuvardhana’ wants Yogaraj Bhatt and Sudeep to come together again.

Who Will Be Yogaraj Bhat New Film Hero? - Click