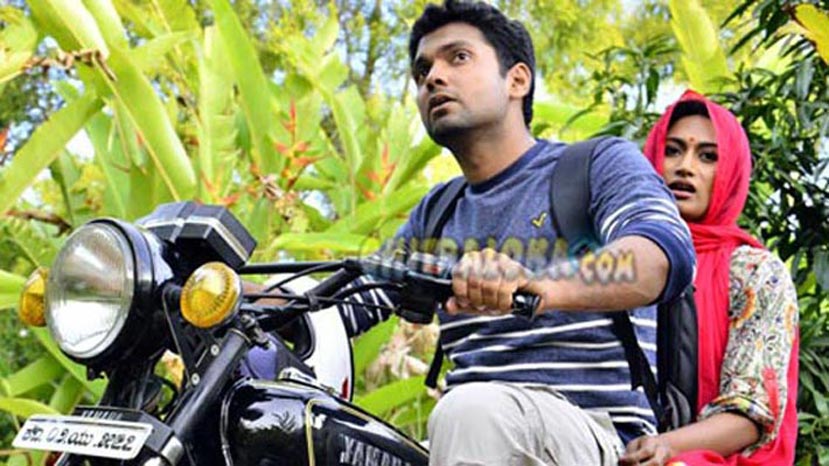 Nothing succeeds like success. This has been proved once again with the success of Simple Aag Ond Love Story. It is not just audience who are queuing up before theatres that is making news. Just a day after the release, the demand for the satellite rights of the film has soared so high that people wanting to buy it are literally queuing up before the producers. One of the producers is director Suni himself.

Even a day before the release, no one was willing to match the Rs 70 lakh sought by the film makers for the rights. But by Saturday evening people were ready with cheques for Rs 1.5 crore before the producers. But as of now, the rights have not been given away. Trade pundits expect the film's box office collection to continue to be good even after the opening weekend because of the positive reviews the film has garnered across the board.

SAOLS had a limited release as theatres did not want to take a risk with a film without stars. However the superb opening and response from audience has resulted in many theatres coming forward to release it. It is to be seen if the film makers continue with the limited release or spread their film further across territories.