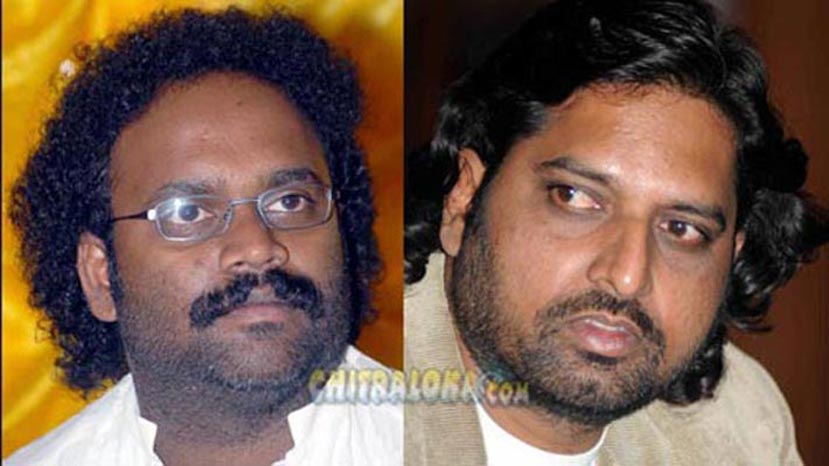 Popular music director V Harikrishna has made it a habit to sing at least one song in all films he composes for. This is also the demand of film makers who hire him for their projects. So much so that it is considered a lucky charm if Harikrishna sings a song he has composed for. Now, in another trend-setting measure Harikrishna has sung for another composer.

The busy composer however had to work at odd hours. He has sung a song for the film Paapasu Kalli on Sunday night at around 11.30 PM at Kari Subbu Studio. The movie is produced by Jayanna and directed by Gadda Viji, an associate of Yograj Bhat. Harikrishna sung the song written by Yogaraj Bhat which went, "Papa punya lekka hakki badukokaitada... onde nanyada eradu side alisokatada.."

Jayanna and music director Veer Samarth are thrilled by the outcome of the song.