Sholay For Sure - Anand Appugol - Exclusive 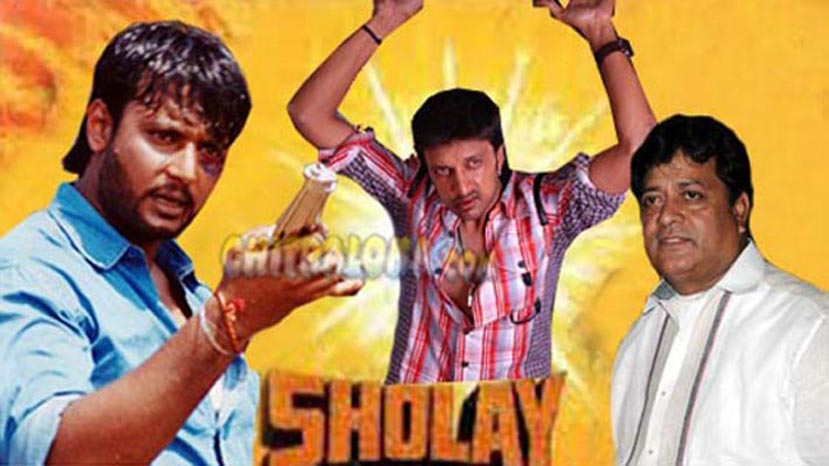 Anand Appugol, producer of  historical film "Kranti Veera Sangolli Raayanna' which is having a grand 100 day celebration today in Bangalore says that he has not dropped his pet project "Sholay' and it is his dream to remake the film in Kannada.

"I am eager to make Sholay in Kannada and wants to retain the same title. I am pressurizing both Darshan and Sudeep to work in my film' says Anand Appugol in a chat with Chitraloka Mega Portal.

"When the film was released some thirty five years ago I have watched it 150 times for sure.  It is my favorite film. With the success of  "KVSR" I have gained more confidence and feel that the Kannada remake will be made in a grand style. I want Darshan and Sudeep who are such close friends to do the role of Dharmendra and Amithabh Bachchan in the film. Darshan has said yes, I am trying my level best to get Sudeep for the role. If Sudeep does not agree then I have to look forward for another big hero and then decide about the roles. I am also thinking of casting Prakash Raj for the Gabbar Singh's  role. I will surely launch this film on August 15' says Anand Appugol.