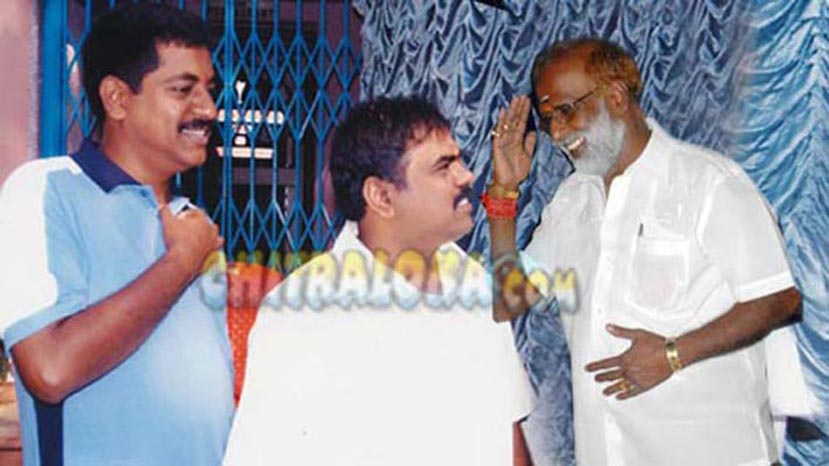 The direction bug seems to have struck Yogaraj Bhat again. Bhat was telling that he has taken up writing lyrics in right earnestness and has been lot of commit ments to complete which does not allow him to think about any story line and script. Now, the hot news is that Yogaraj Bhat will be directing a film for Karisubbu (producer of his first film "Mani')  and N.Kumar (producer of his second film "Ranga S.S.L.C') which is likely to be launched by April 15.

Yogaraj Bhat confirmed the news and said that he will be happy to direct a film for Karisubbu and N.Kumar who have given him breaks in the film industry.  "I have fixed the responsibility of  fixing a hero of this film to producers.  Within 45 days I will get the script and dialogues of the film ready' said Yogaraj Bhat.

In a chat with Chitraloka Mega Portal, N.Kumar confirmed the news and said it was a surprise call from Yogaraj Bhat which settled the deal. ' I had some dispute with Yogaraj Bhat regarding non payment of  my advance amount with his production "Inthi Nanna Preethiya' for which I had complained in the film chamber also.  But I had no ill feelings towards him about Ranga S.S.L.C which was  a neat project for me financially.  A few days ago Yogaraj Bhat called me to his office and openly offered to direct a film for me and  Karisubbu. I immediately accepted the proposal. I am leaving today for a meet with Bhat and we are in the process of selecting the hero.  The remaining things like selection of artists and technicians will be done by Bhat' said N.Kumar.

Incidentally, N.Kumar said that he will start shooting for Kiccha Sudeep's film only after getting a right script from Ram Gopal Varma.