Ramya Opts Out of Neerdose - Exclusive 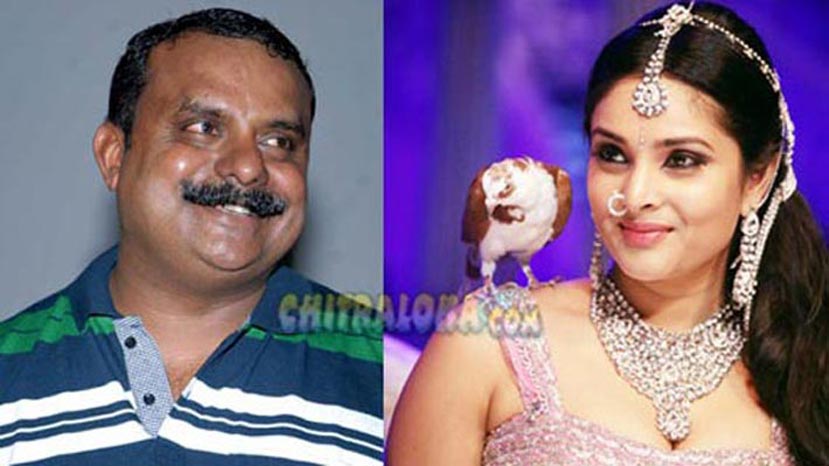 Ramya is again showcasing her maverick ways. After receiving an advance and accepting to play the lead role in Vijaya Prasad directed "Neer Dose' she has given a big shock to the production unit and the director by opting out of the film. She has announced that she will not be working in Neer Dose in her twitter page.

Ramya tweets: I have opted out of 'neer dose' heard the script it's a good one but honestly I don't think I can do justice to it.

Speaking to Chitraloka, director Vijaya Prasad confirmed that Ramya has expressed her inability to do the film, because she will not be able to deliver full justice to the role.   However he also said that the project will move on with or without Ramya. "I had a reading of the script for around 35 persons in G.M.Rejoice recently when Jaggesh, Bhavana and Senior actor Daththanna along with all my technicians were present.  All the people who were present on the occasion said that it was a very good script and there was no elements in the script that could be called controversial.  Even when I first described the one line story and some sequences of the film, Ramya was quite excited.

But her refusal at this point of time when the whole script is ready has hurt me.  Now, I am more determined to make Neer Dose as one of the best films to get all round audience support' said Vijaya Prasad Neer Dose producer Sudhi says that he had spoken to Ramya's secretary that her opting out of the film after accepting an advance and hearing the story is unprofessional   'We wanted to make a good film and that is the reason why we chose Vijaya Prasad. We approached Jaggesh and

Ramya and got their concurrence to the project. I had paid Rs. 15 lacs as advance and was to have paid another Rs. 5 lacs to get an agreement signed by her.  We were agreeable to pay her the remuneration of  Rs. 48 lacs she had demanded.  But now we are being told through her twitter note that she has opted out of the film.   I did not accept such an attitude from a reputed actress like Ramya.  However we are going ahead with the project' said Sudhi.