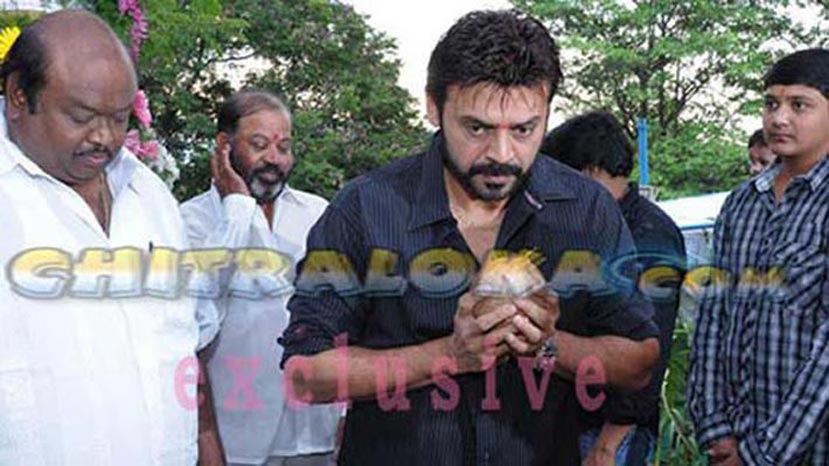 Finally the breaking news is out. Victory Venkatesh has now agreed to work in the Telugu remake version of Kannada blockbuster film Aaptha Rakshaka. Though the names of Chiranjeevi, Balakrishna were making rounds earlier, finally it is Venkatesh who will be doing this role. Though Chiranjeevi showed little interest in working in this film, he had to shed weight for the role and his dates for the shooting could not be taken for granted. Meanwhile, Bellamkonda Suresh who paid a whopping amount to director P.Vasu for obtaining the remake righs had decided to start the film early to ward off some of his financial troubles.

So now the Telugu Sequel to blockbuster Aaptha Mithra and Chandramukhi will be finally shaping up sans the original hero, superstar Rajnikant. Venkatesh will be doing the lead role in Chandramukhi