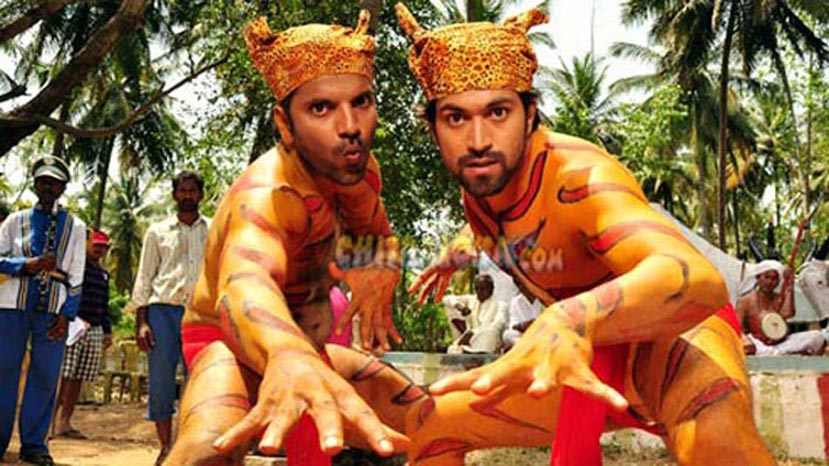 The opening two days collections for Yogaraj Bhat directed Drama produced by Jayanna and Bhogeendra makes one thing crystal clear. Bhatru remains the only master craftsman who can bring in the middle class audience and the college crowd to the single screen theatres and multiplexes in the opening week end even before the product's real worth is known.

While Bhatru was regarded as a messiah of soft romantic comedies whose films run well in major cities only, the box office story seems to have been different now in case of 'Drama' now.   Even in semi urban centers in Bengaluru and Mysore the film has taken a grand which reminds of  the huge openings for the  of top super stars of Kannada films.

The story remains the same in many interior parts of Karnataka like Davanagere, Shimoga, Tumkur, Mandya and Hassan, while the collections in major cities like Bengaluru and Mysore are the heaviest.  The film has received a good opening all around, specially in multiplexes where online bookings have been at its best.  At the time of writing this article at around 8.30 P.M. on Sunday, the multiplexes bookings for the film has been hugely encouraging. Even a multiplex like Cinepolis has recorded huge online bookings for the two shows it has today, while in case of  Gopalan Arch Mall and INOX the Rs. 190 and Rs. 290 classes have received good response.  Almost full displays are coming from many multiplex online booking charts which ideally provides a clue that the film is a bit hit in multiplexes.  The Sofa class in Gopalan Mall is showing allmost full and sold out displays for inquiry charts. In Gopalan Cinemas in Bannerghatta Road, Drama is already full in the one show it is screening.  The collections in Mysore DRC is also reported to be very good.

Some of the multiplex managers have now decided to increase their shows on Sunday.  It is not clear whether the film will have an extra evening show in several multiplexes.

In Bengaluru city, the management of the  Veeresha theatre had to run five shows on Saturday to control the crowd who were not able to book online tickets as they did not have credit cards or debit cards.

Except in Mangalore and to an extent in parts of Hyderabad Karnataka barring Gulbarga, Drama has taken a classic opening which may be rivalled by films acted by popular super star  in the coming films.

The fact is that Drama is marching ahead. It has taken a giant leap in the first three days.  Whether the same trend continues in single screens and multiplexes is to be seen.