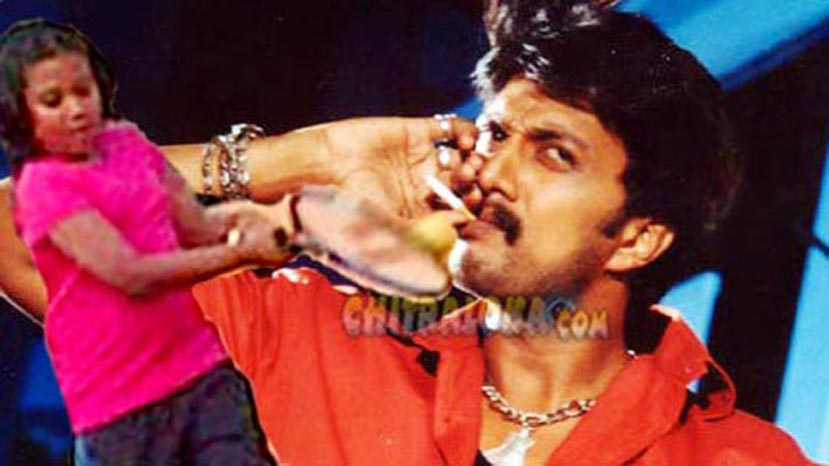 On the Anti Tobacco day, I had written an article in Chitraloka Mega Portal requesting many artists and technicians that included Century Star Shivaraj Kumar, Kiccha Sudeep and directors Yogaraj Bhat and Suri to take a decision to quit smoking.  Yogaraj Bhat has tried it several times and even had gone to Dharmasthala's Ayurvedic Hospital to come out of this habit.  But the article had no immediate takers, though I heard several other artists, producers  and technicians in the industry were impressed with the article's contents and were trying to keep away from this habit.

Now, the happy news is that Kiccha Sudeep has quit smoking.  He took a strong decision about a fortnight to give away the habit of smoking.

Kiccha was a chain smoker like Darshan and Yogaraj Bhat earlier. But now he has quit smoking and now on a right track. 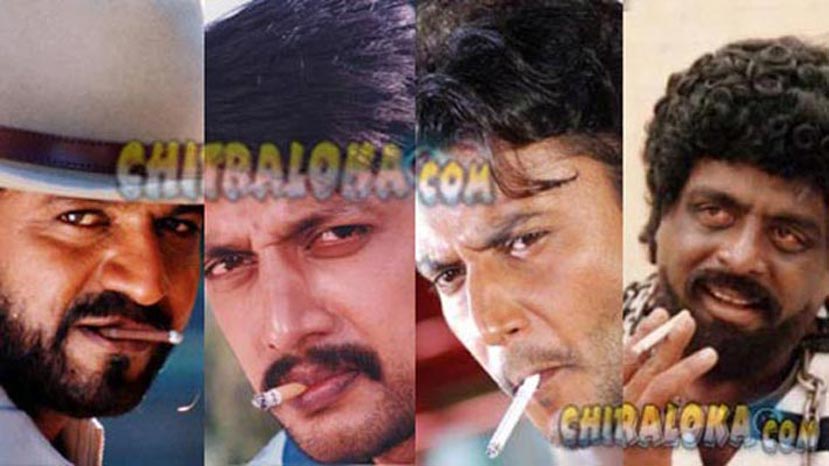 Though my article was not responsible for this hard decision made by Kiccha, I am happy because he has come out of that habit. Kiccha Sudeep who is presently shooting for his forthcoming film "Bachchan' directed by Shashank says that he has quit smoking because of the persuasive words by his daughter. "My young daughter Sanvi has been asking me to quit smoking, from many days and one day she forcefully asked me whether I would quit smoking or not. I was aghast with her persuasive and forceful voice.

Sanvi had heard of the story of her grandfather (my father-in-law and my wife Priya's father) had suffered on account of his smoking habit.

"I took a decision to quit on that particular day when Sanvi had raised her voice and said that she does not want the problems faced by her grandfather to repeat.  I decided to quit smoking on that day. For the first days I faced lot of hardships and I had to struggle a lot to keep away this habit. Somehow I thought I cannot continue with this decision.  But I was determined to please my daughter and even decided not to smoke even when my wife Priya and my daughter Sanvi were not around.   My decision to quit smoking even surprised many people during my shooting.  But my decision remained stronger. I had faced some problems initially, but now I am feeling better and have adjusted to this new life after I quit smoking' said Sudeep.

Kiccha was there  with his buddy Darshan at the Narthaki theatre on the day of its release. He and Darshan along with a few friends and the artists and technicians of the KVSR were present.  But throughout the five hour time, Kiccha was not seen puffing his favourite cigarette brand.