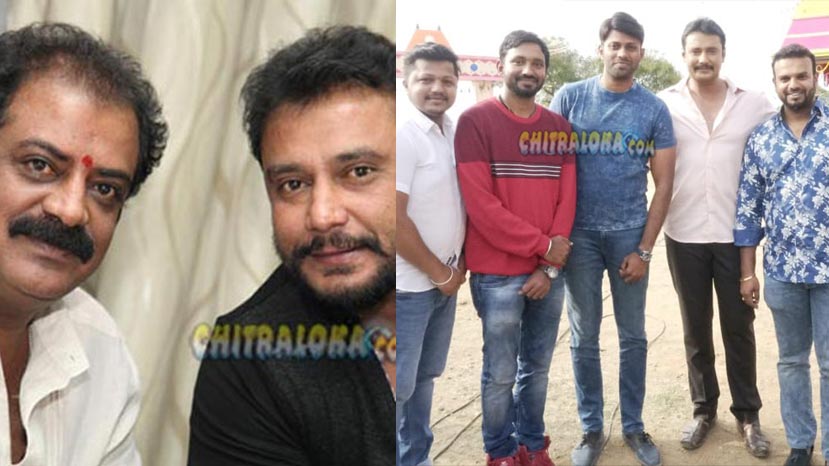 As the stage was set for another ugly battle over the title of a movie, it is none other Challenging Star Darshan who finally stepped in by deciding to give away the title 'Madhagaja’ to Srii Murali which is being produced by Umapathy Srinivas Gowda of Hebbuli fame.

The title (Madhagaja) and the first poster of Srii Murali's next with director Mahesh Kumar, produced by Umapathy S. Gowda will be unveiled by none other than Challenging Star Darshan himself, on Monday at Kalavidhara Sangha on the occasion of roaring star's birthday. Darshan will also be releasing the teaser of 'Bharaate’ movie on the occasion.

Chitraloka has exclusively learnt that the reason behind the goodwill gesture of Darshan is to avoid the controversy. Umapathy S. Gowda is producing one of his upcoming venture, which might be another reason for Darshan to stay away from getting embroiled in such issue. Moreover, Srii Murali, the talented actor is the son of present KFCC chairman and dragging the issue would only the hurt the industry, sources add.

In fact, the title 'Madhagaja’ was first registered by Majestic producer M G Ramamurthy for Darshan. Later, the producer had transferred the title to the banner of producer Praveen Kumar. Now, after Darshan's goodwill gesture, Madhagaja finally rests to roar for Srii Murali.