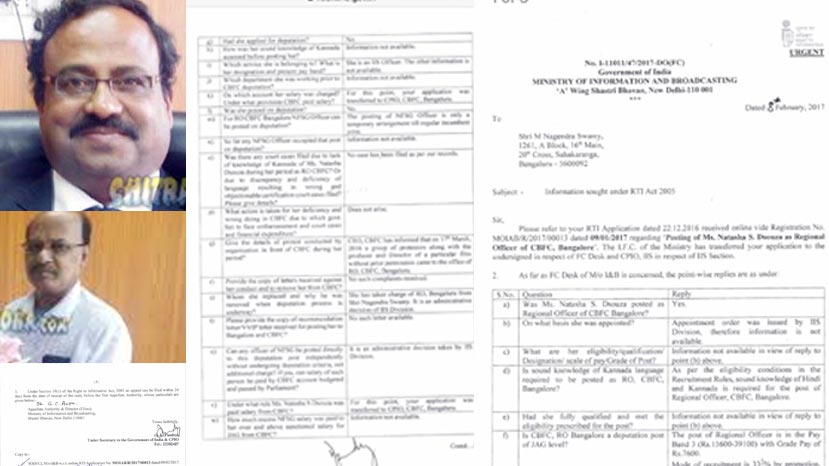 Sources tell Chitraloka that the case has been running for several months now. Swamy was the RCO in a term before another censor officer Natasha. According to sources when the central government department called for qualified central government officer to apply for the post, three central government officers applied for this. This included Nagendra Swamy and Sreenivasappa. Another woman officer had also applied. The woman officer however did not attend the selection meeting. Sources say that without calling for an interview of the other two candidates Srinivasappa was selected as the censor officer. This is the allegation made before the CAT by Swamy sources told Chitraloka. CAT is yet to decide on the case and the verdict is expected any time.