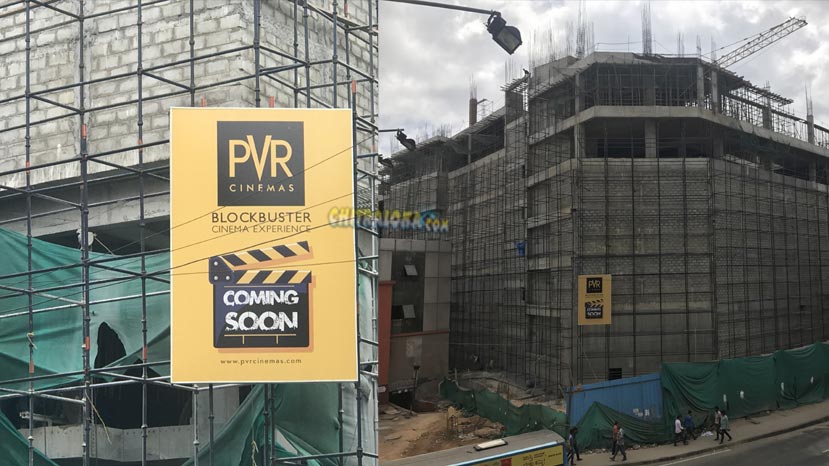 The hub of Sandalwood, the Kannada film industry is Gandhinagar. The main hub of Kannada film screening here is the Kempegowda Road in the area. This is the road with several single screens even after closure of many of them. On KG Road and surrounding roads there are dozens of theatres which play the role of main theatres for Kannada films. If a Kannada film is not released in one of the theaters here, it is not considered a proper release at all. But all that is set to change.

Only star films can fill up single screens. So a few of them may remain to cater to such audience.

EXHIBITORS: Only a few Kannada film exhibitors have taken a business interest in multiplexes. Rockline Venkatesh started his Rockline Mall with a multiplex and now Mr Anand of Prasanna theatre has started the GT World Mall. Other Kannada exhibitors and producers should also look into becoming multiplex operators. Now the exhibition system is being controlled by a few multiplex chains like PVR, INOX, Cinepolis and Gopalan. They will eventually control the all of the collections of Kannada films. It is necessary for the industry to retain its hold by starting its own multiplex chain.

PRODUCERS: Many producers have mixed views about multiplexes. Small film producers do not find adequate shows for their films. Big film producers find it easy to deal with multiplexes as the systems are more transparent. If a system is evolved to at least get minimum shows for small films small film makers will also adopt multiplexes and single screens will again lose out. Producers have to pay rent to singlr screens every week to screen their films. If they don't make profit they lose money if the film is screened. In a multiplex the collections are shared and if there is no minimum collection there are no shows. So a producer will not lose money for releasing the film.

More single screens may become like multiplexes are become smaller capacity screens. Kalpana theater on KG Road is also becoming a multiplex. There are some parking issues that are being sorted out. Big screens can morph into twin smaller screens. Single screens may also move towards revenue sharing system from multiplex system. The film industry is also demanding such a thing from exhibitors.

When new releases move to multiplexes, single screens will still need films to screen. They may move towards other languages. Some single screens which do not get new films to release in Bengaluru are screening Bhojpuri films. Dubbed films may also come to the rescue of such theaters.