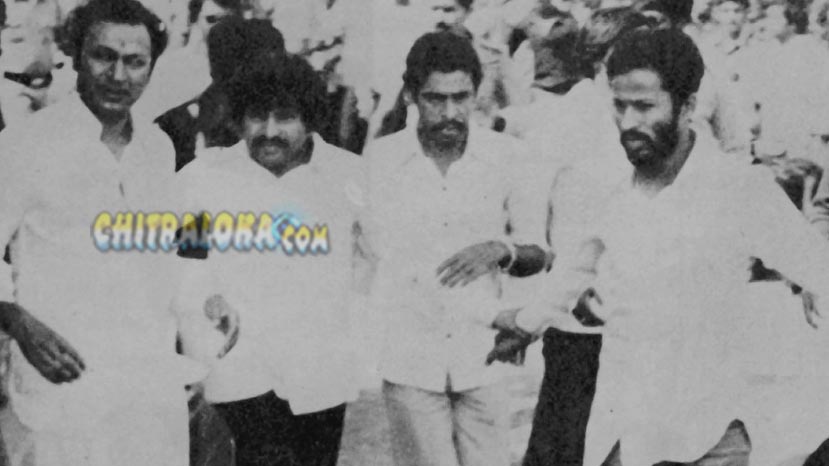 This year is the 35th anniversary of the Gokak Chaluvali. The movement started by Kannada literary personalities to bring back Kannada as the medium of school education became a popular movement of the common man with the entry of Dr Rajkumar and other Kannada film actors in its support. The event is a landmark in the history of modern Karnataka. Rajkumar has become synonymous as the face of the movement. At its 35th anniversary, here is a look at what it meant.

In 1968 the Central government introduced the three-language formula in education. For north Indian Hindi speaking states, the formula wanted them to study Hindi, English and a modern Indian language. For south Indian states including Karnataka, school children had to study Hindi, English and a regional language. However in practice, north Indian states studied only Hindi and English while Tamil Nadu rejected the formula and taught only Tamil and English. But in Karnataka, most schools taught Hindi, Sanskrit and English while Kannada was ignored. 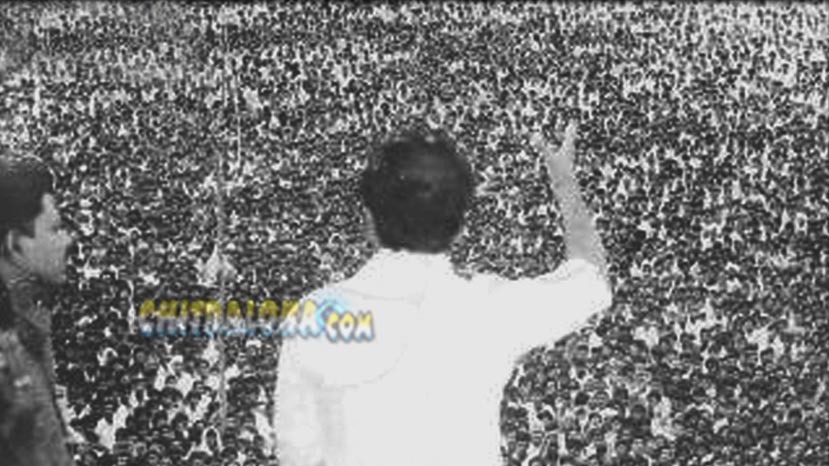 Kannada writers opposed this development and demanded that the Karnataka government make Kannada the primary medium of education in schools. A committee was formed by the Governemtn on 5th July 1980. Professor V. K. Gokak who later won the Jnanapita award was its Chairman. The committee submitted its report and said that Kannada should be the medium of instruction in schools. However this was opposed by minority linguistic groups. Kannada writers demanded the implementation of the report.

The movement did not catch popular attention. But things changed rapidly when Dr Rajkumar agreed to the call by Kannada writers to join the movement. Along with other Kannada actors, Rajkumar travelled the length and breadth of Karnataka addressing rallies and garnering support for the implementation of the Gokak Report. The people of Karnataka responded overwhelmingly. The Gokak Chaluvali turned out to be one of the most important events in the history of Karnataka post 1947.

It was because of this movement that Kannada was declared as athe official language of the Karnataka government. Though the demand for primary education in Kannada for all students is still a matter of demand, the movement brought to focus the importance of Kannada in the administration and education. It still stands  testimony to Dr Rajkumar's contribution to the cause of Kannada. Later the government also constituted the Sarojini Mahishi committee which gave a report for reservation for Kannadigas.

Very few people who participated in the Gokak Chaluvali are around now. One of the few people who was in the middle of the movement and watched every step of Rajkumar during 1983 is Sa Ra Govindu.