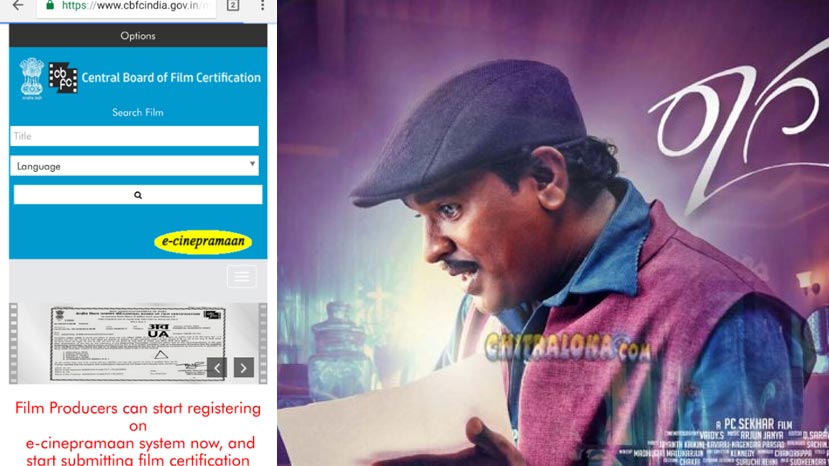 online problem for censor for now

Making a movie is a big task in itself. But getting movie released is the bigger challenge and problem. Each and every producers faces one or the other problem when the film is getting ready for release.

Now every Kannada film is facing a new problem. The latest crisis is due to the Censor board going online. From April 1st the Censor certificate process has gone  online. It should have eased the burden on film makers. But ironically it is creating tension and problems. From April 1, not a single film has been censored in India. Censor Board going online is no doubt a good thing. Now the film makers have to submit the application, details of the film, and other NOC certificates through online only.

Kannada movie Raaga, starring Mithra is the film that is hit now. The film was to release on April 21 and the application has already been made. However with the online system not yet streamlined, Raaga faces a possible delay putting out of gear all the preparations.

Speaking to Chitraloka censor script writer Shivu said the new system is going to be smooth soon. "But now producers are in trouble since they have to wait till the online application system opens up. Till now we used to fill the application and we were submitting manually including the censor script. Now with the new online rule producers have to register themselves in the censor board. They have to provide all the details including the banner name, Aadhar nubmer, Pan number and other details. Once the producer's name is registered in the censor then they will provide the application form. Then we have to submit the application form with the necessary details. Based on the serial number of the application the censor officer will watch the film. All these can be done only when the complete movie is ready and in hand. One cannot simply apply just for sake of seniority. Till now there was some adjustments in the process. If a movie producer was in queue and wanted his film certified earlier, he used to request the produces with seniority list in the queue issue NOC for his movie. Now this will not be possible. Even if a big star movie's producer wants to get his movie censored urgently it will not happen.

First thing we should all learn is how to fill the Censor application correctly." Every film big and small will face the problem. It is not just Raaga, the multi-crore Baahubali 2 which is scheduled to release on April 28 will face the same problem. Until the film is complete fully with all certificates, application for Censor cannot be made.