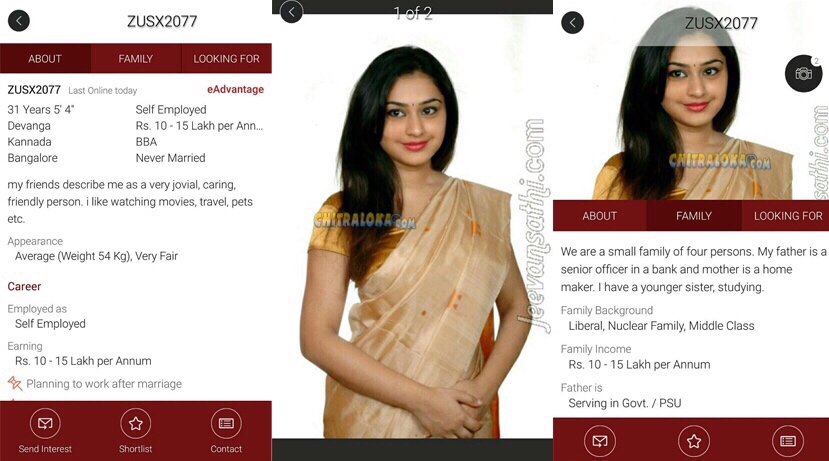 We do not know whether it is a prank or if actress Ramya Barna is really trying to find a groom for herself on a matrimonial site.

Photo of the actress have appeared on the matrimonial site Jeevansathi. The ID is "ZUSX2077" but does not mention any name. There is one more photograph but it does not look like that of Ramya Barna. This could be a serious case of impersonation with someone trying to pass off as the actress.

The matrimonial advertisement does not say that the person is an actress by says 'self employed'. The profile describes "My friends describe me as a very jovial, caring, friendly person. I like watching movies, travel, pets etc." In recent times we have seen people impersonating celebrities on Facebook and Twitter. Many actors have even complained to the police. But this is the first time someone is impersonating an actress on a matrimonial site.