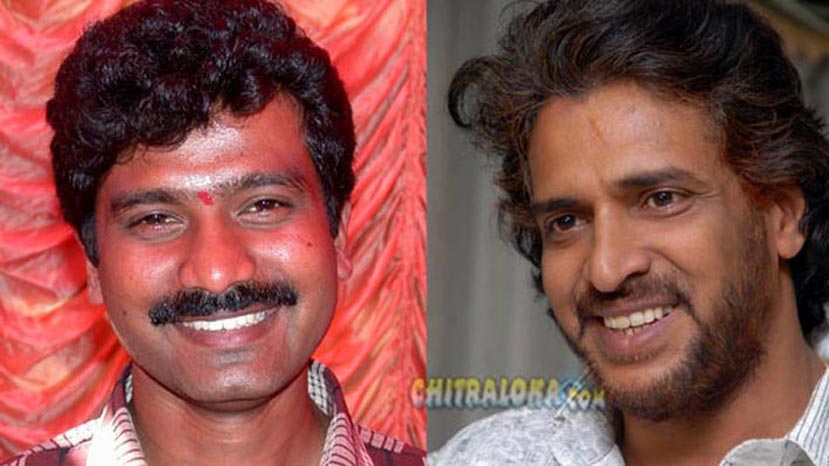 Well known film producer Munirathna is all set to launch his new film Director with his favourite star Upendra and Prem in the lead. This film will be launched on September 18, the birth day of Upendra . This film is a remake of Malayalam Hit Udayanu Tharam directed by Rosshan Andrrews which had Mohan Lal, Meena and Sreenivasan in the lead. Munirathna had planned to start this film even before the launch of K Manju's God Father , but he was not able to start his production activities mainly because Prem was busy in his work with Shivaraj Kumar's 100th film Jogayya made under his Home Production banner.

Now, since Jogayya is getting released on 12th August, it will enable Prem to give his call sheet for this film which is to start on 18th September. Incidentally, the major shooting part of Upendra's two films God Father and Aarakshaka would have been finished.

Speaking to Chitraloka.com, Munirathna confirmed the launch of the film and said that he has not selected the heroine and director for the film so far. He also said there were plan to do the movie Dalavai Muddanna and due to some reasons he will not do that now and will be doing Director in September. Even though it is a remake of Udayanu Tarum we are not doing it as it is. We are changing the story line according to our nativity said Munirathna.

Udayanu Tarum which became the biggest block buster during its release is a genre film, a `black comedy,' rather than omnibus masala concoction serving all the nine rasas. `Udayananu Tharam' reinforced this faith, as the rapier-sharp synergy between the lead actors Mohanlal and Sreenivasan along with top-line performance of the supporting cast which brought the narrative to life. However, it was actor Sreenivasan's script which was the ultimate scene-grabber.

Udayanum Tharam was a light-hearted comedy that takes a satirical look at tinsel town. It depicted the struggles of Udayabhanu, brilliantly portrayed by Mohanlal, who is an assistant director and script writer who aspires to make it big. But he is thwarted in his attempts by a scheming friend and junior artiste, Rajappan Thengamoodu (Sreenivasan), who steals his script to become superstar Saroj Kumar.

`Udayananu Tharam' is nothing more than a look at the seamy side of filmmaking and the machinations behind the reel world.

The film works because director Rosshan Andrrews who changed the spelling of his name on astrological advice chooses to talk about a world he knows personally. The characters look real and the conversation sounds real. The film sails through because of its sense of humour and a riveting climax. Each shot and concept of Rosshan Andrrews worked wonders and the audience were totally hooked on the way the story unfolds and reaches its logical climax with a twist.

Sreenivasan and Rosshan started the shoot only after completing the script. Says Sreenivasan: ``We took nearly two years to complete the script but all that time, energy and hard work shows on screen.'' Mohanlal asserts that `Udayananu Tharam' is a triumph of honest writing.

But Sreenivasan confessed that it (the achievement) is a result of team work and not his script alone.