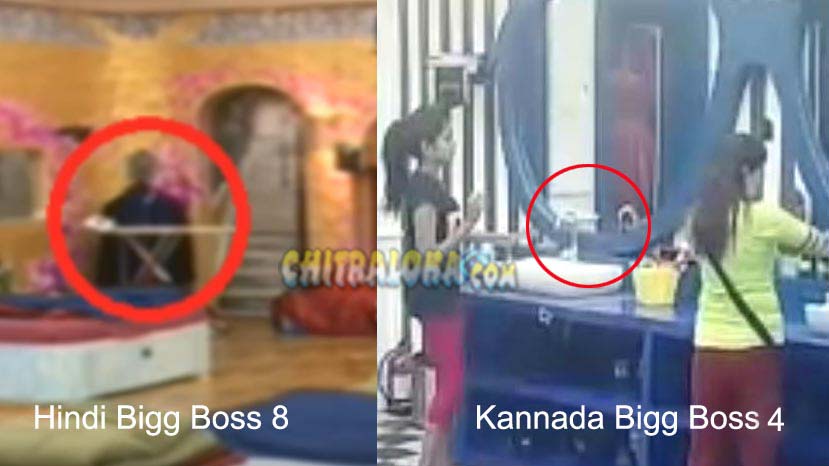 The alleged ghost and spooky incident in Kannada Bigg Boss 4 that is currently underway has raised many questions. Are these incidents real or part of the programme's script. Though this is the first such instance in Kannada Bigg Boss, ghosts are not new to Bigg Boss Hindi. The Hindi series which is older has seen ghostly encounters that many have criticised as made up as part of the script.

The clipping of KBB4 shows two contestants watching something in or behind the mirror that spooks them. One of them backs off screaming and then falls on the floor terrified. The other contestant also reacts after a pause but is not as terrified. So is it really a ghost the first contestant saw or is the second player and others playing a trick on Karunya Ram. If it is a trick to scare Karunya, it was a good one. If at all it is a script by the Bigg Boss director it will have a negative effect. Already many audience have taken to online comments about it.

On the one hand ghosts and supernatural elements are good for TV serials. There are many serials in Kannada on those themes and they are very popular. But on a reality show, such things could have an opposite effect. We will know soon enough.