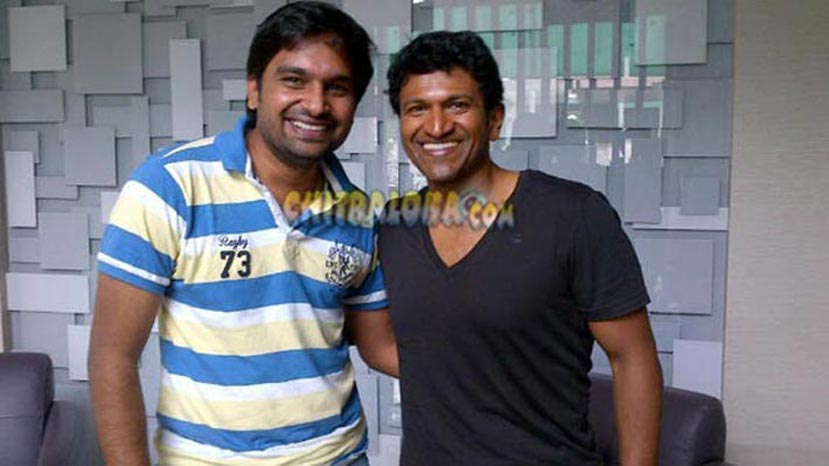 Puneeth Rajkumar's new film starts today with the script Pooja in a temple in Bengaluru. The film is directed by Pawan Wadeyar. Puneeth and Pawan get together for a film after Ranavikrama.

Sources say that the shooting of the film will start after the completion of Raajkumara directed by Santhosh Anandram. Sources also say that the film is produced by Lagadapati Sridhar. Meanwhile Wadeyar has completed his film Nataraja Service with Sharan which is releasing this month. Puneeth's Dodmane Hudga released two weeks ago and is turning out to be a huge hit. Only a small portion of shooting is left for Raajkumara and the film is likely to be released in December.