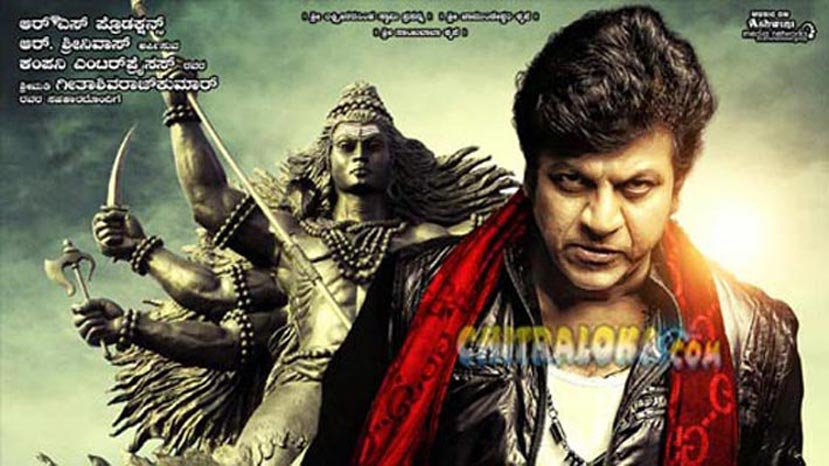 Century Star Shivaraj Kumar's 101st film Shiva released on Friday, August 24 has opened to a big response despite being released in a larger number of theatres. The film has been released in around 230 theatres which is highest as for as Kannada films are concerned.   The reports reaching Bengaluru is that the film has taken a very good opening in all the centers and may be a better collected film that Shivanna's previous film Jogayya in all the semi urban and rural centers. Though the film had lots of hype, the one thing that has brought lot of satisfaction to the producers and distributors of the film is that the positive elements in the film is much liked by the fans and whatever flaws in the film have not been able to morph the finer points.

"The film has uniformly opened very well.  The film has got mixed reviews from fans and media, but the collections have not reflected a trend where collections have come down.  The bottom line is that Shiva has opened very well because of the big hype and also because Shivanna's last film was released an year ago.  Since there are a good number of fights and songs picturised very well, I am sure the film will be a very big hit in Single screens, B centers than in multiplexes' says well known film producer and distributor K.C.N. Kumar.

According to the trade estimates, the film is sure to get a gross of nearly two crores on day one because of the over hype and screening in large number of theatres.  The collections on Saturday and Monday will be surely crucial for the film as the fate of the film will be finally decided on those days.  Many trade analysts feel that the mass elements like action and dance portions of the film may  ultimately take the film to a hit category, but predicting more than that status will be difficult.

The film was released with lot of enthusiasm in all the centers with fans performing Milk Abhishekha to the cutouts, taking out processions and rallies, Dollu Kunitha and other entertaining programmes and lastly the traditional breaking the coconuts in front of cutouts.  The enthusiasm displayed by the fans in Davanagere, Shimoga, Mysore, Chitradurga, Doddaballapura, Bellary, Kolar, Mandya, Kollegala, Chamarajanagar, Chickmagalur, Belagavi, Vijapura, Bidar and Kalburgi  was at its peak.

Thankfully the fans have not been disappointed as Shiva gave them full feast of entertainment and commercial masalas. Even in centers like K.R. Nagar, Ranebennur, Gadag, Ramnagar, Hospet, Kollegal  the collections have been quite good and is matching the good opinion about the film.