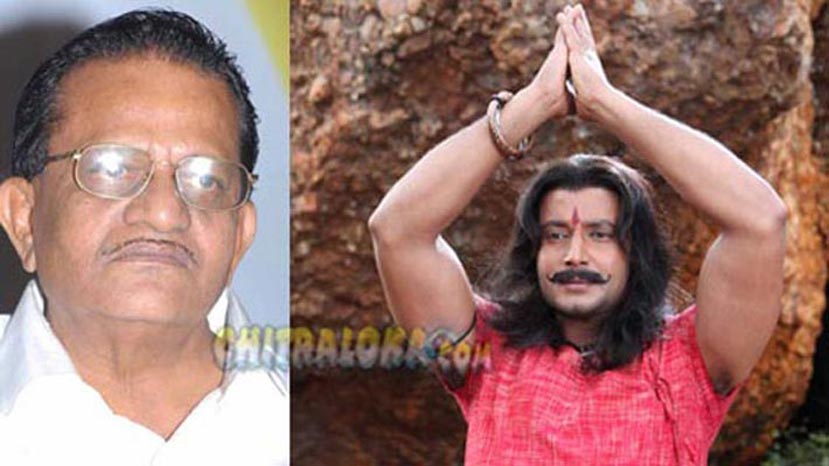 Challenging Star Darshan's most ambitious magnum opus "Kranti Veera Sangolli Raayanna' produced by Anand Appugol and directed by Naganna will have well known distributor and producer H.D.Gangaraj as the distributor.   Chitraloka Mega Portal is excited to break this news to the fans of Kannada film industry.  Now, the process of the work relating to post production is now in progress in various labs and studios.  The process of fixing up the date for audio release and date of the film's release will be worked out by Anand Appugol, director Naganna in consultation with H.D.Gangaraj and Challenging Star Darshan.

Kranti Veera Sangolli Raayanna is one of the most hugely expected film that is expected to hit the screen in another fifty days throughout the state of Karnataka and also in neighboring states of Maharashtra where Raayanna is treated as a demi god.  Now, it is left to Gangaraj to see whether to release the film in other states of the country and also in abroad.  As the former President of the Karnataka Film Chamber of Commerce and a functionary of South Indian film chamber of commerce and Film Federation of India, he has right connections to expand the space of release of this hugely budgeted film which has the right technical support in the form of computer graphics and Sound effects.

Meanwhile, Music director Hari Krishna is reported to have been completely focused on doing re-recording work for the film.

Naganna says that re-recording work for four reels of the film has already been completed and remaining work for eleven reels has to be done. "I am following it up in Chennai and I am reporting to Chennai again by month end or September 1.   Darshan sir has also told me that he would be joining me to Chennai to personally see how Hari Krishna is doing the  work.  I am happy about Hari Krishna's work' says Naganna.