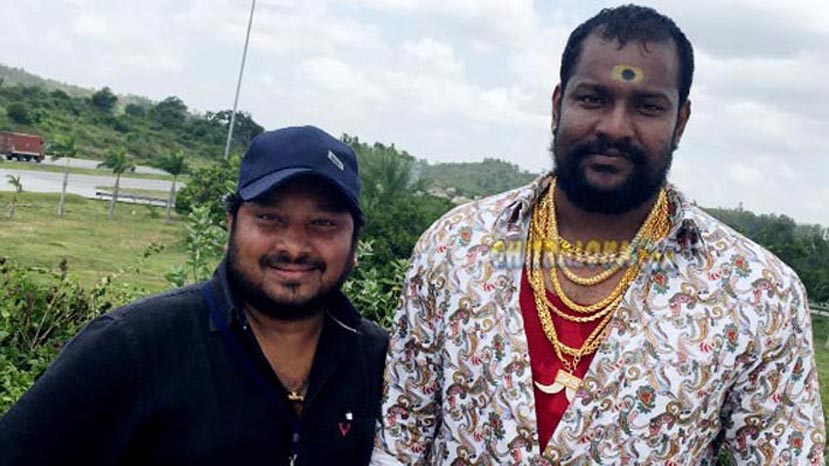 Telugu actor Prabhakar who is known for his negative roles and for also his role in Rajamouli's 'Bahubali' has made his debut in Kannada through R Chandru's 'Lakshmana'. Prabhakar has come down to Bangalore and is participating in the shooting of 'Lakshmana'.

Prabhakar plays a negative role opposite Anoop in this film. The shooting for the film is being held in NICE Road in Bangalore.