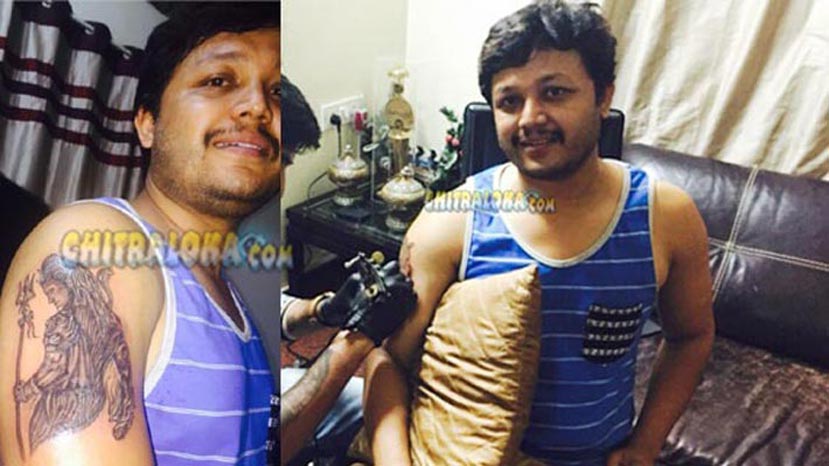 Golden Star Ganesh has got himself a special tattoo on his right shoulder. It is of Lord Shiva with a trident in his hand. Speaking to Chitraloka Shilpa Ganesh said Shiva is his favorite deity and he had planned on getting this tattoo for sometime now. 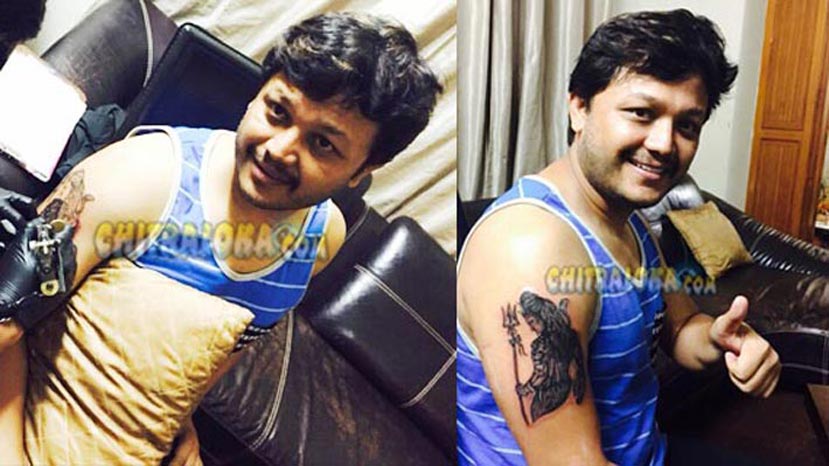 The tattoo artist Prithvi came to Ganesh's home on Tuesday for the art. Ganesh was clam, cool, and excited when he was getting the tattoo. It took nearly four hours. Ganesh may feel the pain tomorrow but he was enjoying.

Here are some exclusive pictures of how it happened...