Samantha to be Yash's Heroine - Exclusive 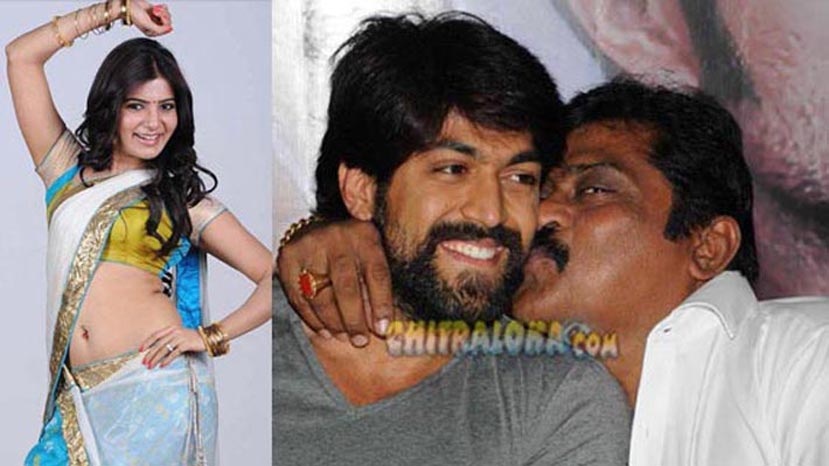 Top Tollywood and Kollywood actress Samantha Ruth Prabhu will make her Sandalwood debut in Yash's new film to be produced by K Manju. The new film will start in July after completion of Yash's under production film Masterpiece. In another development Mahesh Rao of Murli Meets Meera has been selected to direct the film. This is the second film Manju is producing for Yash after Raja Huli last year.

Samantha is more or less confirmed to play the female lead and only shooting dates have to be adjusted. The film will be based on the Tamil film Vaalu's story idea but is not a complete remake says Manju. There were reports of Samantha making her Sandalwood debut in a Sudeep film earlier. The actress has been part of many big Tamil and Telugu films in the last few years including the recent S/o Satyamurthy.