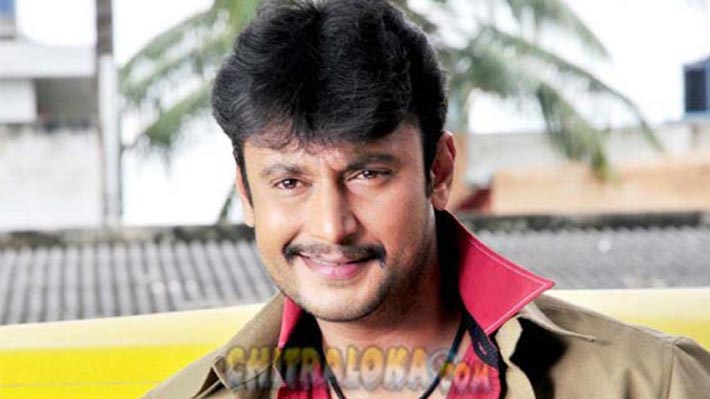 Darshan who is now in Parappana Agrahaara Jail is quite happy about the response to his newly released film Sarathy directed by his brother Dinakar Doogudeepa and produced by K.V.Sathya Prakash. According to sources, the massive response to  Sarathy which is visible  all around the state  was revealed to Darshan by his brother Dinakar and producer K.V.Sathya Prakash during their meeting with the actor on Satuday.  Both of them had requested permission from the Jail authorities for meeting the actor.

Darshan is reported to have felt happy about the response to his film and said that if god wills he should be meeting fans all around the state within a short time in their respective towns.   Darshan is reported to have assured the producer that if his well wishers blessings become a reality,  he wants to meet the fans by making a tour of the state as a thanks giving guesture for their love and abundant faith in him.  Darshan seems to have said that he also wants to seek the pardon of well wishers and fans for some unsavoury things that happened in his in recent days because of  the bad times he was facing.

Meanwhile, it is also said Ms. Vijayalakshmi, wife of Darshan had taken a permission to meet her husband Darshan in Jail on Friday and had met her husband.  The meeting had lasted for an hour when Vijayalakshmi is also reported to have told about the wonderful openings for the film Sarathy.

Meanwhile, sources close to the Police Commissioner's office said that Ms. Vijayalakshmi had met the Police Chief, but what transpired in the meeting is unknown.