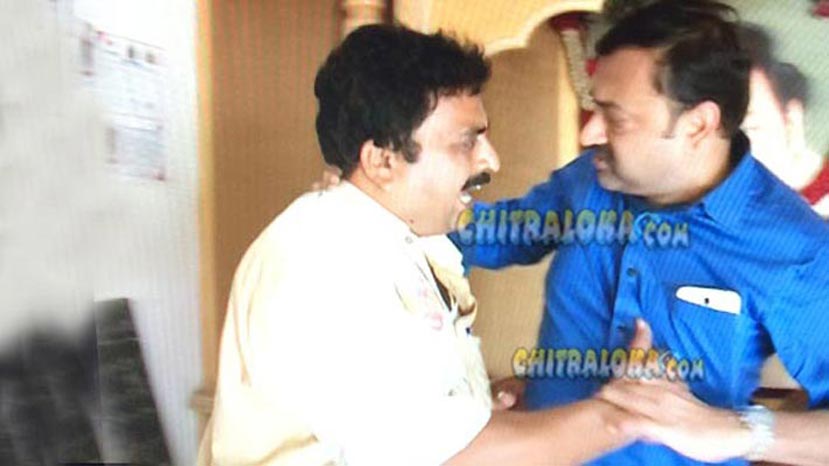 Always known for his cool temperment Distributor Prasad of Sammarth Ventures on Monday evening assaulted exhibitor Ranganath of Arkavathi theater in Kanakapura. Prasad has released 'Adhyaksha' in Kanakapura and the film is running successfully.

In spite of the film running successfully, exhibitor Ranganath has given a false account saying that the film is an average and has cheated the exhibitor by showing that 76 seats were not occupied itself and has pocketed all the money. Prasad came to know of this cheating and had sent another person for investigation and found cheating has happened and asked Ranganath to give him correct accounts. Prasad had also said Ranganath to come to Karnataka Film Chamber of Commerce immediately. But Ranganath has been avoiding Prasad.

However, Ranganath came to KFCC on Monday evening. Prasad who was in a fit of anger assaulted Ranganath in front of everyone and told him to give correct accounts. Later on, in a meeting in the KFCC it was decided that Ranganath must pay a penalty of Rs 12 lakhs for cheating Prasad.

Now Ranganath has to pay a penalty of Rs 12 lakhs to Prasad soon.