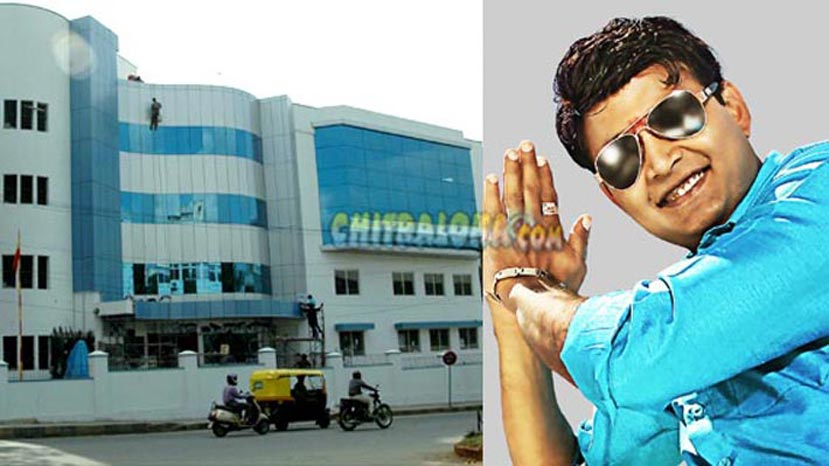 It was bad news for Sharan on Varamahalakshmi festival. His new film Adyaksha which was scheduled to be released next Friday has been stayed by a court in Bangalore. The court has said the film cannot be released until further orders. On Thursday itself there were rumours about the stay but only the case had been filed.

The case was filed by producer Mukthar on the grounds that the Film Chamber had erred in granting the title. He holds the film title Adyaksharu which is also granted by the Chamber. Since both the titles are very similar, his film would be hurt, he claimed. He was given the title first and as per Chamber rules a title similar to already issued cannot be given. Therefore the Karnataka Film Chamber of Commerce is also made a party in the case.

Sharan's Adyaksha is directed by Nanda Kishore. The makers of this film are claiming before the court that Chamber has the powers to issue film titles and it is the ultimate authority. So the court will decide if KFCC's title issuing powers is ultimate or if it can be challenged in court. This will have far reaching consequences on KFCC powers and affect many other film makers who have dispute over film titles including Puneeth Rajkumar's Power***.

If the court rules in favour of Adyaksha, Chamber's authority will be reinforced but it goes against it, it will open floodgates of litigation by film makers who have been denied some titles or those who are upset that titles similar to ones they have registered. Legal experts say that the Chamber's bylaws that govern the rules of issuing and registering titles will be checked by the court which will then decide if those rules has been violated.