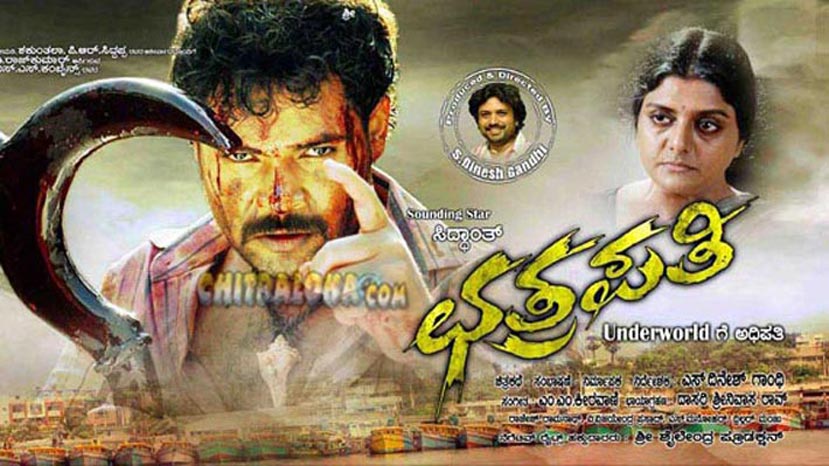 Dinesh Gandhi directed and Siddanth starrer film Chatrapathi is in trouble. The Film Chamber has received many complaints against the film's tagline which says, 'underworldge adhipathi,' which means the lord of underworld. Marathi organisations from Bangalore, Shimoga, Belguam and New Delhi have written to the film chamber asking them to change the tagline because it insults the memory of Chatrapathi Shivaji. The Karnataka Kshatriya Maratha Parishat, Human Rights and Corruption Eradication Forum, Hindu Shivaji Yuva Sene and other organisations have written to the film chamber after their attempts to force Dinesh Gandhi to change the tagline failed. The organisations and individuals who have written the letters say that if the film chamber fails they will go to the courts to get a stay on the film and prevent its release. The organisations have said that they will organise protests against the film as it hurts the feelings of Marathis who worship Shivaji.

The film is set for a release on December 27. It is a remake of the Telugu film Chatrapathi which had Prabhas in the lead and was directed by SS Rajamouli. The Kannada film has Siddanth and Priyadarshini in the lead and has music my Rajesh Ramnath and cinematography by Dasari Seenu. The big-budget film has been in the making for two years and just before its release faces the prospect of this opposition. Dinesh Gandhi is adamant about not changing the tagline saying he has used it for two years and the protests are being organised by people who are personally opposed to him and who want to derail his film. He says that it is a ploy to defame him and the only reason for the opposition is to harm the film.

The film chamber is yet to take a decision on the issue which is set to become a bigger controversy if the organisations do take a legal course or organise protests. Both the sides are adamant about the word 'underworld,' as of now.