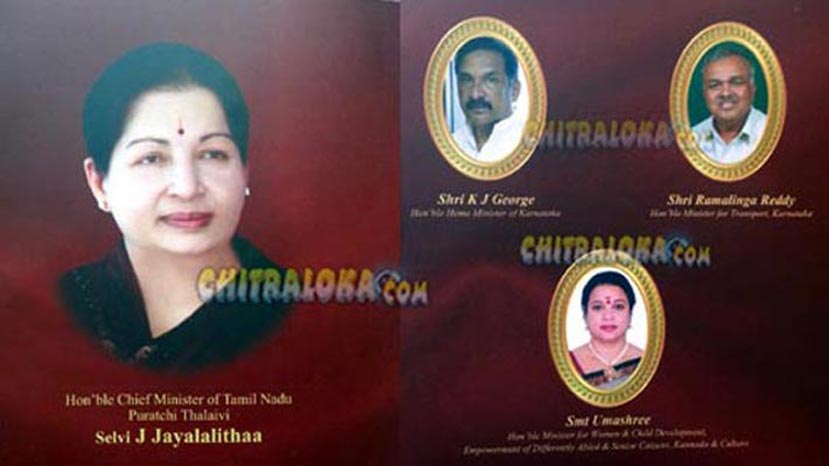 The 100-years of Indian cinema celebrations in Chennai has created a controversy in Bangalore. The invitation card printed in Chennai hardly makes reference to Kannada film personalities. Only three photos of people from Karnataka has been printed. All three are ministers, KJ George, Ramlinga Reddy and Umashree. 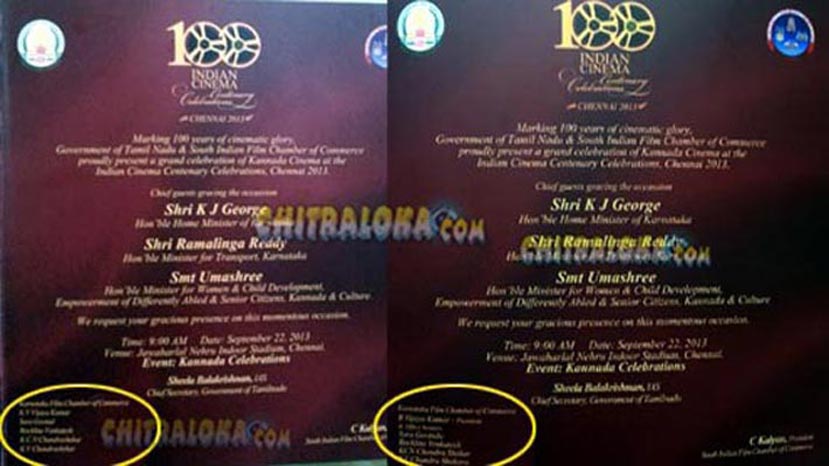 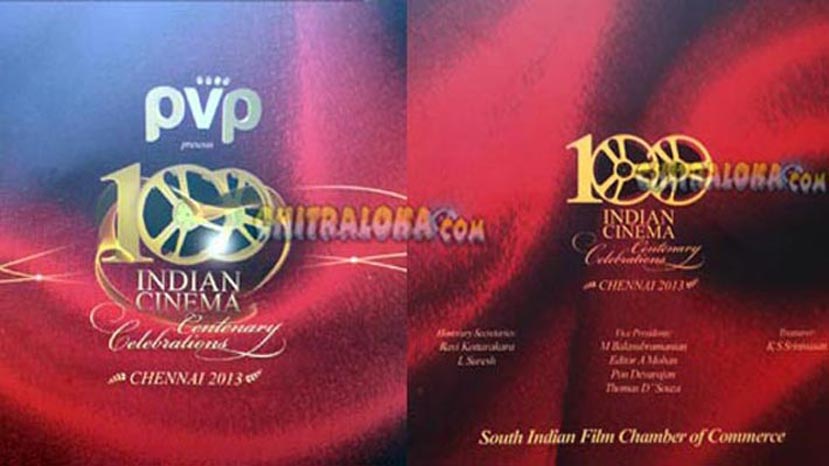 Not even the names of Parvathamma Rajkumar and Ambareesh are mentioned. A full page is however dedicated to the photo of Tamil Nadu chief minister J Jayalalithaa. Producers has taken the issue seriously and many members are upset with the treatment meted out to Kannada film industry. Some members said they may have printed as per the protocol. If that is the case then they should have added our Chief Minister Siddaramaiah photo in the invitation. Ambareesh is from the movie industry. How did they miss it?