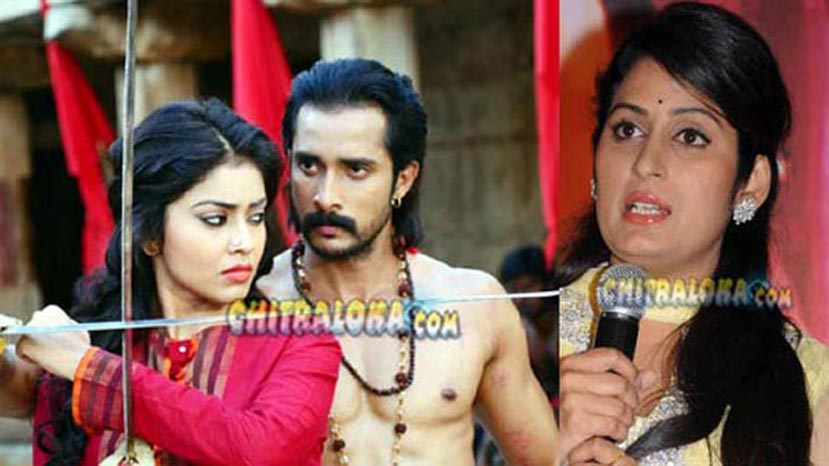 No one had expected that the controversy brewing in the Chandra team would blow out so openly. For months, there were rumours of rift between the director and two actors. It was also said that director Roopa Iyer and actor Prem were not even on talking terms. It has all proved to be true and the insider details by Prem are even more shocking.
The issue came to highlight on Monday when Prem refused to attend the press conference of the film. Shriya Saran, the leading lady had been flown down to Bangalore for the meet and Prem's absence set tongues wagging. Iyer did not clarify on the issue but there was no doubt that there was something burning.
It turned out that Prem was upset that Iyer had not called him for the press meet herself but deputed her manager to do it. Prem told Chitraloka, "even before this there were times when we were not on talking terms. But she would at least SMS. She also had a rift with Shriya. But has she not herself called Shriya for this meet. If she can call Shriya herself why not me?"
Prem is also upset about the posters of the film. Yash, who has done only a song in the film in a guest appearance has more space on the posters than Prem. Prem says, "Yash told me about this. When I asked her, she was arrogant and said she would do whatever she wants with her movie. I have cooperated with her all along even foregoing things because I liked the movie. But I cannot take her attitude any longer. If she is the director and producer, I am also a hero who will have to take care of my image."
Prem however says he is not abandoning the film. "It is my film and I will do whatever is necessary to promote it. I am doing the promotions. I have given interviews on channels and to papers. Even channel people call me directly, but my director does not. Why will I not go if someone calls me directly?," he says.