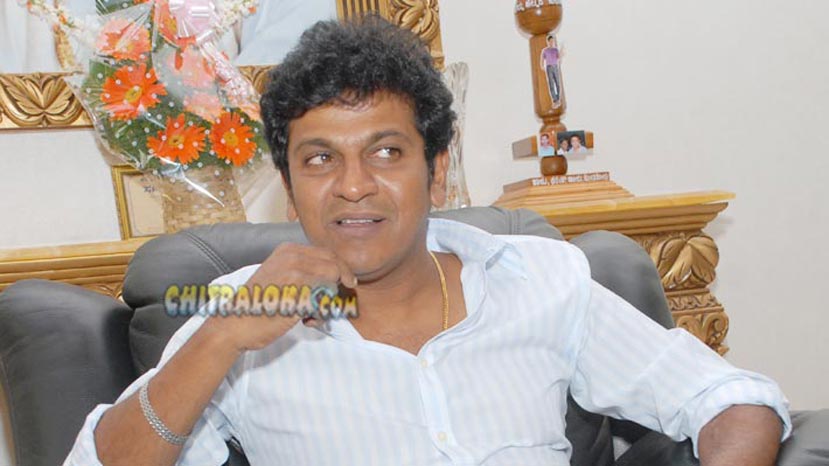 The Kannada superstar Shivrajkumar is known for non- controversial innings since the beginning in 1985. He has been unnecessarily dragged into controversy by director Kodlu Ramakrishna over the ‘Jugari Cross’ Kannada film based on the novel of Poornachandra Tejaswi. Never in the past Shivrajkumar was seen in such a furious mood when the issue of ‘Jugari Cross’ was discussed with him at the get together of audio- cassette release of ‘Dakota Express’ starring highly respected producer Rockline Venkatesh at Windsor Manor in Bangalore. I always move in Straight road and don’t want this ‘Cross’ road hit back Shivrajkumar.

Here are the excerpts of the chat:

What is the fate of “Jugari Cross” your ambitious project?

I am not doing that film because of the lose tongue of the director Kodlu Ramakrishna.

Why you are so much upset?

The director is not ready with the script and half- baked on the subject. I agree that I like the subject. But he is dodging and pulling the time without coming out with project script for transformation of novel of ‘Poornachandra Tejaswi’. I came to know that he had reportedly told nonsense to a section of the press.

Is it not possible to patch up?

After reading what has been reported in the newspapers I am confident that Kodlu is of that nature. He has told that I am demanding Mumbai heroine. Let him give me correct heroines for that film I will accept. Let him give the proper reading of the script. He has consumed a lot of time. The script what he has is not good. It does not indicate the whole concept. I am ready to sit with the media. Let him come and give the reading I will leave it to my media friends. If they agree for it I will accept the film. I told him recently that I am going to express everything to media.

Are you aware that Chitraloka brought to notice about Kodlu setting the deadline for you?

The controversy at that time was sorted out. I told him to bring the producer to discuss. I had even taken the advance amount. I am ready to pay it back. He had not brought producer for detail discussion. He gave another statement that unnecessarily dragged my wife. Again dialogue writer M.S.Ramesh came on my request to prepare the dialogues. Kodlu kept quiet for 15 days and Ramesh position was pathetic. This was most uncalled for. Now he is telling me that he wants to change me from Jugari cross.

Are you still interested in doing Jugari Cross minus Kodlu Ramakrishna?

This can be worked out but he cannot be at any cost. I will not accept so easily this time.

I think with the backup what you have it is easy to make it to your side?

That’s right. I never used my father’s image and influenced on my own image. That way

I am very humble and clear. Kodlu is not a Manirathnam. Why should I worry to act under his direction? Now everything is in commotion. Nothing can be sorted out through talks.

How are the other films?

I am doing ‘Smile’ and happy to work under director Seetharam Karanth. I am comfortable with him and everything is going in right direction. I will take up ‘Thavarige Baa Thangi’ and move on to ‘Gaja’.

How is your brother Puneet’s ‘Appu’ shaping up?

It has really come out good and we are eager to release ‘Appu’ on April 26th two days after my Papa’s birthday. Puneet is like more improvised version of Sunny Deol of Hindi films.