` Arjun Sarja Hugged Me, Ran His Hand Up & Down My Back - Sruthi Hariharan - chitraloka.com | Kannada Movie News, Reviews | Image

Arjun Sarja Hugged Me, Ran His Hand Up & Down My Back - Sruthi Hariharan 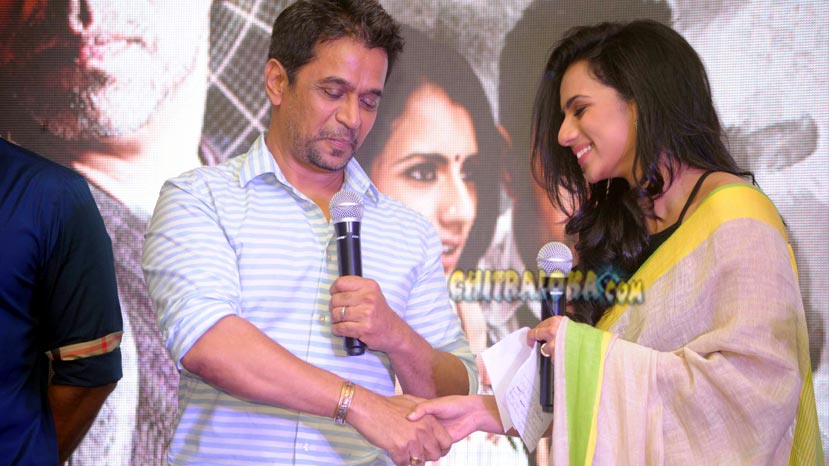 The #MeTooIndia movement is at its peak with big names have started to tumble down with bigger revelations on an everyday basis.

Just days after actress radio jockey turned actress Nethra revealed her #MeToo story followed by Sangeetha Bhat sharing her ten years long ordeals without naming anyone, now it's renowned actress Sruthi Hariharan of Lucia fame who has opened up on her #MeToo. She has accused one of the biggest stars of South Indian film industry - Arjun Sarja, who she says sexually harassed her during the shooting of a bilingual film - Vismaya in 2016.

“Honestly, I have been lucky as I have managed to escape physically and mentally scarring situations. However, in late 2016, there was one incident that left me startled and took a while for me to recover,” Sruthi shares.

About the particular incident, she writes: “I was shooting for a bilingual film which starred Arjun Sarja. A man whose movies I have grown up watching. I was excited about the opportunity. The first few days seemed normal, I played his wife in the film and that day we were to do a romantic scene where we had to hug each other after a brief dialogue. During the rehearsal, we delivered our lines and Mr. Arjun hugs me. With no forewarning or permission, he runs his hands intimately up and down my back. He pulls me closer with my body taut against his and asks the director if we could use this idea of foreplay in the scene. I was aghast. I am all for depicting realism in cinema, but this felt absolutely wrong. His intent seemed anything but professional. I hated that he did it and angry that I didn't know what to say then.”

On why she chose to talk about it now, she goes on to add, “I choose to come out now, because henceforth I think Mr. Arjun Sarja needs to make sure he doesn't cross the thin line between two actors and use his position of power to cause another person discomfort or hurt”.

“I choose to do this publicly - as this movement is more than you and me and our individual experiences. It is a collective voice to question an existing system of power play and to call a spade for what it is. The point is to be part of a larger battle against years of female oppression and abuse. It is a movement to make sure no man ever takes a woman's personal space for granted, whoever she is to him.”