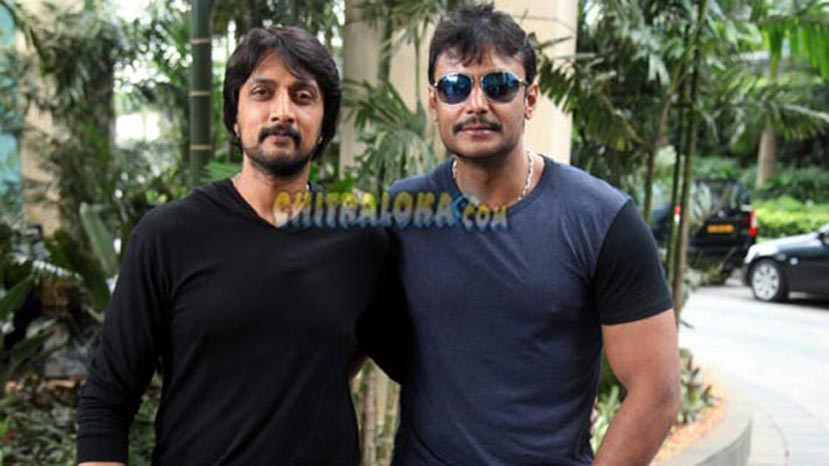 Challenging Star Darshan has stopped following Sudeep on Twitter leading to speculation that not all is well between the two stars. Fans of Sudeep were seen urging him on the micro blogging site to stop following Darshan in turn. But there has been no reaction from either of them so far.

The two actors are known as good friends for the last few years and used to exchange wishes and pleasantries on Twitter often. This had dramatically reduced recently. The "unfollowing" may lead to many speculations. But the truth is only known to two people; Sudeep and Darshan.