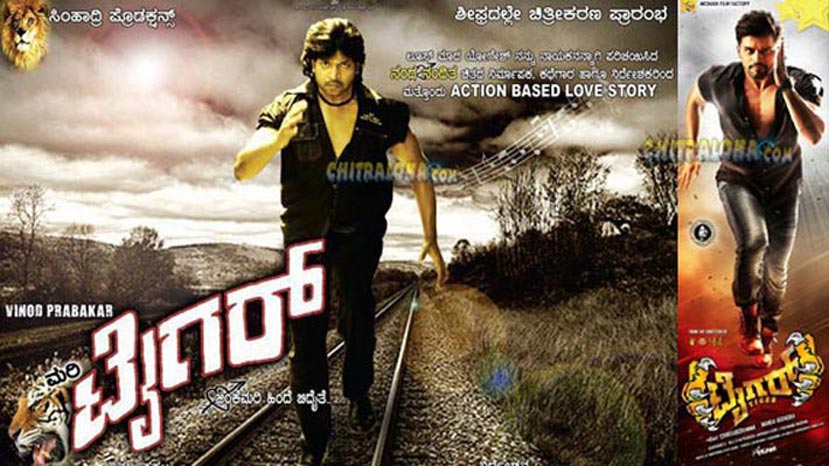 Nanda Kishore directed and Pradeep starrer film Tiger is in trouble. It is however not the film itself but its title that has created a problem. The title was announced only on Saturday but a complaint will be lodged in KFCC against the title on Monday.

"The titles Mari Tiger and Tiger Prabhakar are registerd by Ramesh Kashyap under the banner Simhadri Productions.

10 days of shooting is balance for Mari Tiger. At this juncture how can the title of Tiger be announced," says director and writer Ajay Kumar and and adds they are filing a complaint to KFCC on Monday.

The director of Mari Tiger is PN Satya. Nanda Kishore however says that he has registers the title Tiger and there was no opposition to it.

"The KFCC approved the title and they did not object to it. We have already started shooting for the film 20 days ago." said director Nandakishore to Chitraloka

Nandakishore's Next With Pradeep Titled Tiger