Award is a Big Encouragement- Upendra 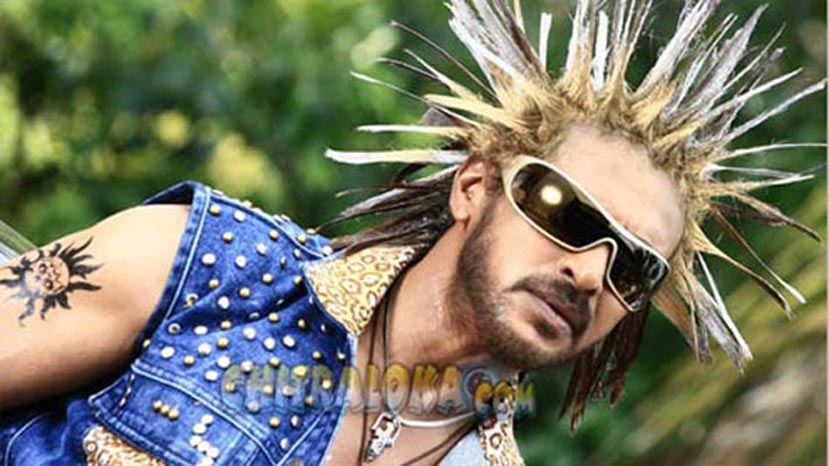 Real Star and top director Upendra who won the Best film award for his directorial venture Super was just making preparations to leave the country and fly to Jordon for the shooting of a song sequence for his forthcoming release  Kataari Veera Sura Sundaraangi, when the news was flashed to him.  Upendra was really thrilled to hear the news though he had not even thought about it.  Upendra has returned to directing films after a long gap of ten years to direct Super and the film obtained rave reviews and also the well deserved Box office success.

"Yes I am happy about my film Super winning the Best film award from state government.  The fact that people had appreciated this film by giving thumbs up in the Box office was one point which had gladdened me.  But with the announcement of this award I feel like having one more feather in the cap' said Upendra.

Puneet Raj Kumar who had won the Best actor award for his superlative performance in the film Pruthwi directed by Jacob Varghese and produced by Soorappa Babu and N.S.Raj Kumar said that he was very happy to hear that his performance has won appreciation from the Juries also.  Ms. Vijayalakshmi Singh who had won the Best supporting actress for her performance in Veera Parampare said that entire credit of moulding her character should go to director S.Narayan.  "I remember Narayan telling me many a times that I will get an award if I put in my best efforts to portray the character.  I tried my best and Narayan helped me. Here is this award which has made me very happy' said Vijayalakshmi Singh.

Guru Kiran who won the first state award as the Best Music director for Mylari said that he had never imagined that he will get the state award in music. "I have entered the film industry fourteen years ago and this is my first award.  Though many of my films like A, Appu, Jogi and many others have won lot of awards, I was somehow losing out in the selection of state awards.  I thank the juries headed by Ms. Bharathi Vishnuvardhan for selecting me this time for Mylari which I consider as one of my albums' said Guru Kiran.

Nagashekhar whose Sanju Weds Geetha has won three awards for camera, editing and sound engineering said that he had expected a few more awards for the film, but felt happy that his film remained the favourite of Juries who had given three big awards.   "These awards are like tonic.  The film had won appreciation from public, Now, I intend to make films with popular appeal which will be able to win a minimum of six awards' said Nagashekhar who was in Shimoga when the news of awards reached him.

Producer Rockline Venkatesh who produced the Best film Super said that he will be giving the entire credit to the film's director and lead actor Upendra.