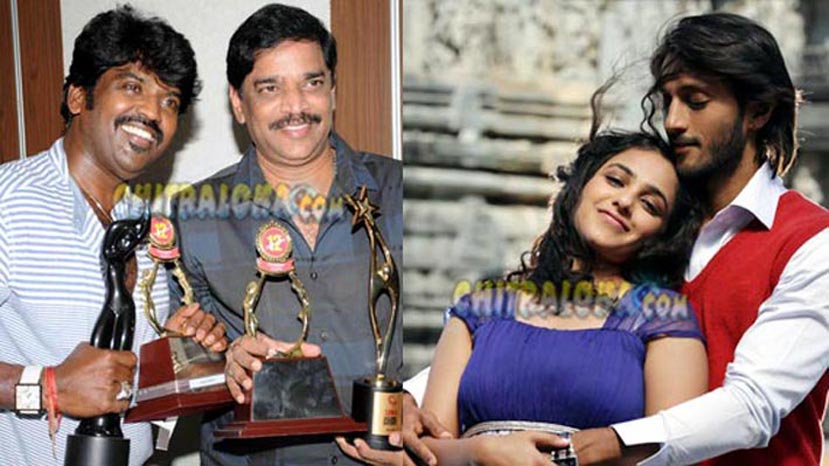 Speaking to Chitraloka, he said, "Mynaa till now has received 22 awards and among them many areu Best movie/director awards. But in the 2013 State awards Mynaa has not got awards four the movie and has been selected only for Dialouge writer category."

After the Awards was announced there was confusion whether dialogues was written by Nagashekar or by Manjunath Sanjeev. When asked about it Nagashekar said "Manjunath is my best friend. I have put his name in the title card as Dialogue writer just to help him. But he has not written a single dialogue for the movie. All was done by me. My producer Vajreshwari  Rajkumar and my entire team knows about this. If Manjunath gives the dialogue papers written by him then I will hand over the award to him. Totally there are 77 scenes in the movie. Even now if he wants the awards definitely I will happily hand it over to him. I can write, producer and direct the movies in future and can get awards in my life time. Till now we have received only the Best Film award or Best Director Award and other awards for the movie. Funniest thing is till now this issue had not come out. Only after I got this State award for dialogue writer this controversy has come out."

Speaking to Chitraloka Mynaa producer Vajreshwari Kumar said, "When we started the movie Manjunath Sanjeev was not there. I paid the advance to Manjunath also. But dialogues were written by Nagashekar. First it was a different story. Later it got changed. He was writing the dialogues on the spot.  I have questioned Nagashekar many times about him having made me to pay Rs 1 lakh to Manjunath who was however never seen."

Now who will receive the Dialogue writer award is the big question!