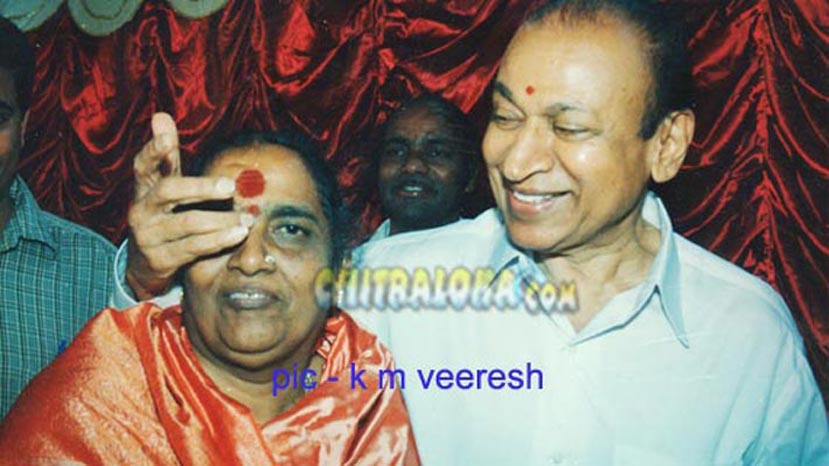 He knew that his life is coming to an end. He liked it and left all of us. It is not just death but, Ichcha Marana – self determined death. Last three days he was not taking his food properly. He was not even talking to us properly. There was a big difference in his attitudes which I failed to recognize. Being with him always it could not become possible for me to identify his moves. If I think now I find meaning for each of his movements. It should have struck to me then. But the almighty did not give me so much of intelligence.

My husband's Yoga Guru Naiker says he had made preparations for his death a month ago. It is possible to leave the breath according to the wish. He knew that powerful knowledge. He had learnt it from his Guru. According to it he felt his work is over on earth. It is enough he felt and left.

That day was Wednesday. The developments on that hold a mirror to so many. He made me to get up early on that day. He sent me to physiotherapy. Normally I come before 11.30 after physiotherapy. When everyone inquired about Dr.Raj health I said he is alright and very fine in the hospital I visited. After coming to house sitting with him for some time was the usual practice. I did not take my breakfast on that day. My sugar was low. Let me eat my breakfast I decided and he was sitting in his place.

Now I remember what he had told. Had it come to my intelligence it would have been very good. I was angry about the 'Upma' breakfast made on that day. He turned towards me and told whatever the Yajamani (owner of the house) ask for it get it prepared and give it. He gave a look to me that was quite different. I did not understand the motive behind that look.

Before that he was very jolly and chatting with everyone in the house. He sung 12 devotional songs. He gave entertainment for everyone on that day. He took photographs with available family members. He was extremely happy.

Later on When I looked at him he was watching television and taking rest. Suddenly there was big variation in his breath. When I went and saw everything was over. The tipf head (Neththi) was very warm. Eyes were not moving. Then we took him to hospital. He was given shock treatment by Dr.Ramana Rao. When the shock treatment was given and oxygen was pumped the eyes did not made movement. Normally when the eye balls move then it is ok but his eye balls were standstill.

Now If I think about all this every frame comes to my mind. Fifteen days ago he spoke to me a lot. I have done injustice to you Parvathi he said, you excuse me he said. I have troubled your mind very much he quipped.

I am nobody to excuse you. I should ask excuse with you. When we do the service for you there is benefit for us. When you are fine then we will be also fine explained. That is true. Because of him we have the identity. There is nothing wrong in you when Veerappan took you to the forest. For the pain underwent from it you are not responsible I told him. Yet the sorrows and misery had not gone from him. Immediately he reacted and said everyone claim that the mother who gave birth to Rajkumar is great. My mother gave birth to one Rajkumar but you have given birth to three Rajkumar he patted me. You have also given birth to two female. You are great mother he appreciated me. He told all this very emotionally. Like how the mother hen protects the chickens you have safeguarded all of us he remarked. On that night we both became emotional and cried remembering the past.

Before this one episode comes to my memory. Shivanna showed interest in 'Bhakta Kumbara'. He was reciting the songs by hearting and it brought very good shine in my husband's face. Manava Dehavu...., Elli Mareyadhe..., Eke Dooradhe Vittala….. Shivanna was singing non stop with good emotions. After that I thought we should do this film again. I explained my intention to Dr.Raj. He immediately said you produce the film. I questioned him as to why he says you produce, you do the film. It is all of us to produce the film I told him. For that he told me that I am the actual producer and made me to forget that issue of 'you produce'.

Sometime back he said once he wants to die before I die. For children mother is important he said. The intimacy for children is towards the mother, you should live more number of years than me he expressed.

When Veerappan came to touch my husband I was stubborn to this. I faced him very strongly. I became very angry on Veerappan. How can you take him? You have to bring my husband back in the same situation. Do not think you have won by kidnapping my husband I replied to Veerappan. When my husband was in the forest I humbly requested him to release him. Then Veerappan had told with Govindaraju (one of the hostages) that he had not seen a woman like Parvathamma. She told me not to touch her husband here and there. I was startled with her attitudes.

Now my husband has gone to a place from where I cannot bring him back. That is God. The almighty would not yield to any prayers.