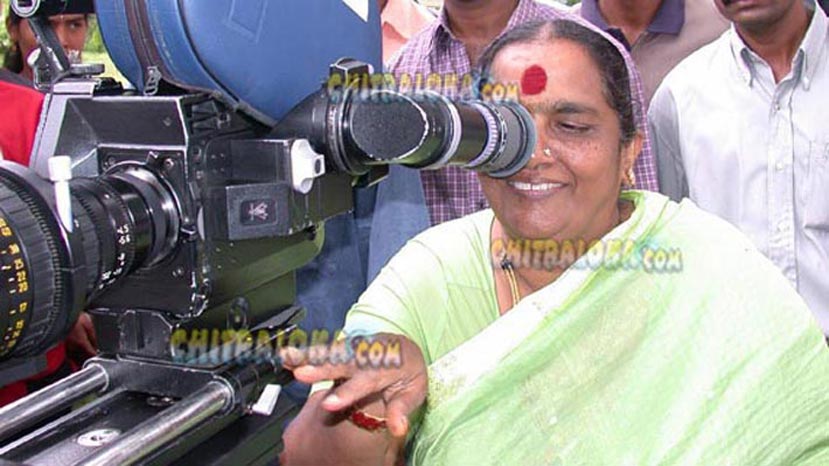 The fond place for Dr.Rajkumar at Kanteerava studios is Muneshwara temple. There is reason to this. In our estate there were lots of snakes. The land in his name was a free place for snakes. Such land is called 'Muni Hola'. After the yield from the land it was offered to 'Muni' and then the crop was cut off from the fields.

As a matter of fact we give great respect to snakes. In those days the roof of house was covered from 'Henchu' (mud tile). The previous day I was to born a snake fell down from the top. When everyone searched for the snake it was not there. After that a few hours later I was born in the Krithika star. My mother often remembers this episode.

We pray lord Nagappa and some of the names are also picked from the snake god. Dr.Rajkumar's grand father was named as Dodda Nage Gowda. Another member in that family was called Basanagappa.

When Dr.Rajkumar was going to Kanteerava studios he was first offering pooja to Muneshwara and then entering the make up room. After he finishes the shooting he was again going to this temple offering prayer and coming back to house.

There was no Muneshwara temple. Such a temple no one builds. Keeping two stones under a tree it was invoked. Automatically it gets the status of temple with flowers, Bilwa Patre etc. Nearby by this instantaneous temple the Neem and tamarind tree was seen. The pooja was compulsorily done. In such places the snake was often seen.

In the land we own the snakes are common. There was ant house (Hutta) for it. In the bright sunlight it was coming out and giving darshan and that was still bright to see. A week before Dr.Raj was taken to forest we were walking in the lands. A huge snake opened its face. I got shivered. Even today I get shiver when I go back to this memory.

I remember another incident that is very curious. We have a canal in our land. Dr.Rajkumar was always walking on that lane. Once when he was taking a walk a snake followed him. As Dr.Raj reached house it came and slept in front of the house. It was not disturbed in any way. But Dr.Raj went to the 'Devara Mane' and prayed the god. By the time he came back the snake was not there.

There are many such incidents. We have great devotion to snake god.

In another episode a snake came inside the estate house and opened up in front of the huge mirror. It did not move from that place for three hours. Snake in front of a mirror is very rare. Later it was taken in a gunny bag by a snake charmer and left it in the forest.

A sadhu who checked the fellow who left the snake to forest said it will come back to the place again. We have made a policy that no one should kill the snake. The fear of the people in that area also has gone. Once a boy was standing brushing his teeth and a snake surrounded his leg and bit him. That particular portion was taken out from knife and he was rescued.

We had two to three feet long Cobra in our estate. As it became old the hair grew on its body. Recently also it was found under the piled up stones. It had gone down in its length. Whether it was the same snake we had seen in our estate? We don't know.

There are some topics for that we should not argue. Those who believe they see extraordinary. For others it is a lie. In such cases it is left to one's belief. We can't force anyone to believe so and so. Only from experience the disbelief slowly changes. No one can tame the mindset.