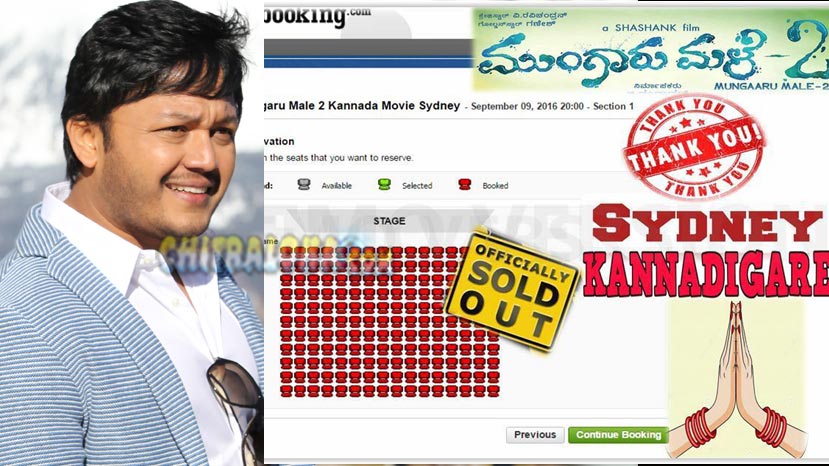 Mungaru Male 2 is directed by Shashank and produced by Gangadhar. Ganesh, Neha Shetty, V Ravichandran, Aindrita Ray are in the lead role.

In Melbourne five shows was held and all shows was houseful. Same result was at Sydney.

Speaking to chitraloka Roopesh from Australia said First time we have good booking before release. Due to some technical issues we have to cancel a show. But people have enjoyed the movie. Its visuals are great and also music.