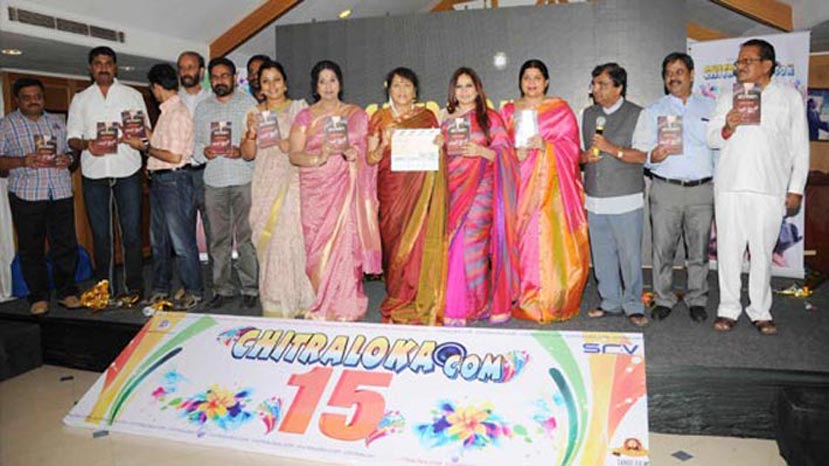 The 15th anniversary of Kannada film industry's mega portal, Chitraloka.com was celebrated in style amidst much fan fare at the P2 Hall of the Karnataka State Cricket Association.

It was a twin programme and apart from the 15 years celebrations of the mega portal, Chitraloka's columnist Uday Marakini's first book which is a collection of his columns in Chitraloka was released during the same occasion.