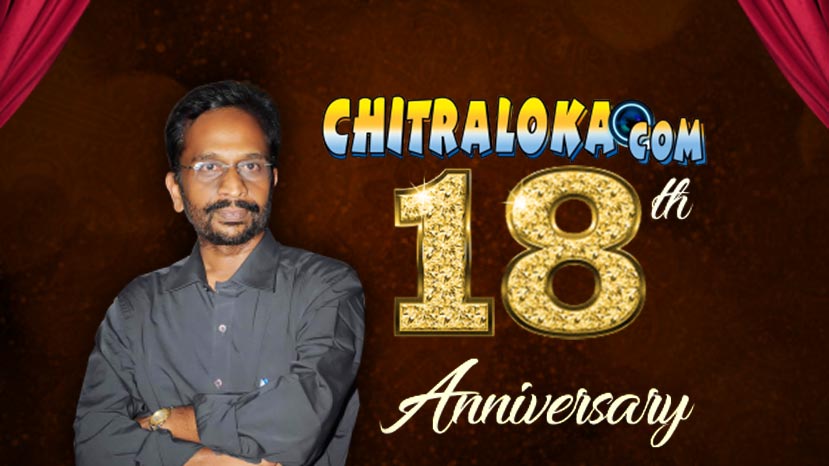 Chitraloka.com which was launched by Smt Parvathamma Rajakumar and Raghavendra Rajkumar on 26th June 2000 has completed 17 years successfully and today we celebrate the 18th birthday of Kannada film industry's Mega portal.

Chitraloka was launched with articles supporting Kannada film industry with articles and images. Today, after 18 years not only has our list of services expanded to meet today’s technology but has created many milestones. Chitraloka, with its success has achieved few more golden feathers in its cap. This year Chitraloka has turned more colourful and vibrant with user friendly Interface. Another milestone to Chitraloka was created when social media accounts like Facebook, Twitter was authenticated with Blue Tick. Chitraloka is the first Kannada film website which is having Insta articles in Facebook.

Along the way Chitraloka has become an integral part of the Kannada film industry and is serving the best to Kannada Film Industry. Chitraloka.com became the first film website and Kannada film news provider to be officially recognised by the Karnataka Film Chamber of Commerce (KFCC).

We also thank all our team, browsers, advertisers, film personalities for their constant support and making Chitraloka one of its kind.