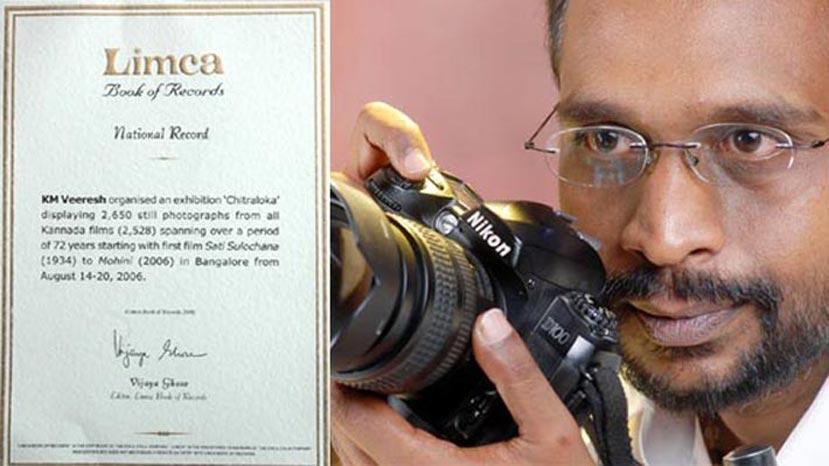 Setting new milestones and breaking new grounds has become a habit for Chitraloka.com which is one of the hugely popular Kannada film industry websites that has seen remarkable growth in these eight years. Chitraloka has always played the role of a friend, philosopher and guide to this industry. It has taken the lead in highlighting the achievements of the Kannada film industry in its editorial content which has increased lot of awareness about the industry in the country and abroad. Chitraloka has forayed into several segments like becoming media partners to major film events and organizing the photo exhibitions to highlight the growth and contribution of the Kannada film industry.

In 2006 August Chitraloka.com organised a photo exhibition of the stills of Kannada films that has been released starting from Sathi Sulochana released in 1934 to August 11 2006 released films in the Karnataka Film Chamber of Commerce which elicited a huge response and won lot of laurels for the mega portal. The occasion was Suvarna Karnataka year and the Kannada film industry had completed 72 years of its existence. Later the exhibition was conducted in Mysore Exhibition and also in several parts of Karnataka. The media in general and Kannada film fans  in particular delivered whole some appreciation to this singular feat of the Chitraloka team. Now, the portal gets another golden feather in its camp as Limca Book of Records has recognized this feat and has included the achievement in the list that is to be published in 2008 edition under Cinema Chapter . No where in the country such a huge photo exhibition of all the films released in any regional language has been done before and rightly Limca Book of records has taken note of this spectacular achievement.

Chitraloka is making conscious efforts to reach out more to its browsers and offering more in terms of content and design. The video clippings of major events have brought in more browsers and we are receiving very good feed back for our efforts. We are also trying to upgrade our content by providing more information about the Kannada and other language industries from South. The recent technical changes and inclusion of content and visual.