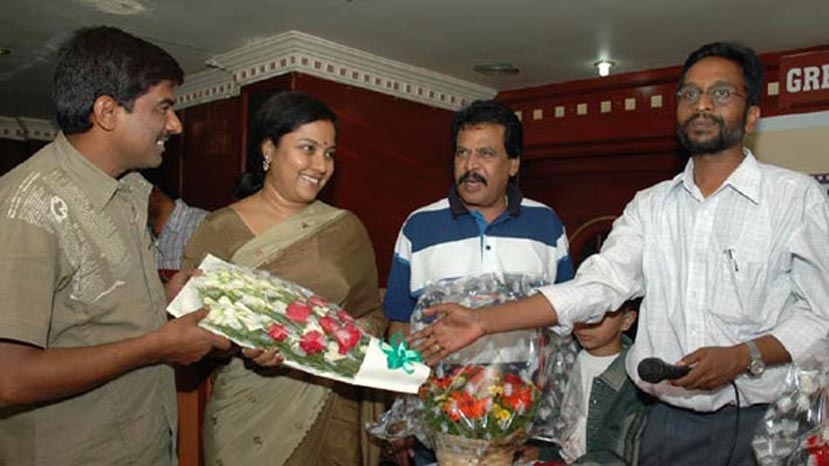 The 6th year birthday celebration of the mega portal for Kannada cinema CHITRALOKA was held in a grand style in the presence of some of the Kannada film industry members, journalists and well wishers.

The Editor and Proprietor of Chitraloka portal K.M.Veeresh in his address disclosed the new tie up with Hello World. It is the new venture that would take the Kannada filmdom to further heights. He also recalled his journey of five years and thanked his father late K.S.Mallappa, the industry, media friends and all those who supported him in the growth of Chitraloka.

The Karnataka Film Chamber of Commerce President H.D.Gangaraj who inaugurated the ring tones on Sunday evening appreciated the talent and hard work of K.M.Veeresh. ‘When I got elected to KFCC as president I received a call from London. My friend read about my election and the whole process of election in this Chitraloka mega portal and updated himself’ Gangaraju felt happy for this phone call. As a president of KFCC I promise all help in the growth of Chitraloka Gangarju promised. He also assured the Kannada filmdom not worry on the 50 percent outdoor shooting proposal.

The cocktail dinner was arranged at the Green House restaurant in Gandhinagar. In his vote of thanks K.M.Veeresh thanked the Green House proprietor Mr Vasu and his staff members for the memorable service they rendered.