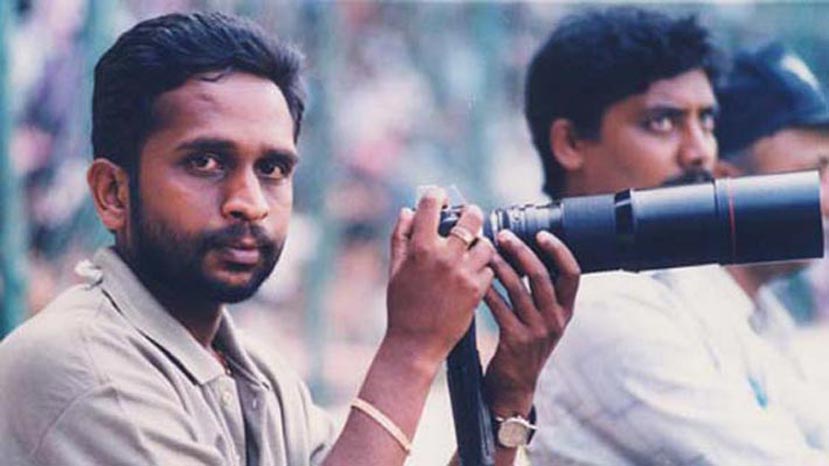 The role of internet media, its usage, how it loses its news value quickly and how one has to be dam careful while feeding the news, the newspapers going online, the issue of harnessing, the document culture prevalent in our people mind, why did the big shots folded their websites, the catch 22 situation, the need for internet media growing on the popularity lines of Television, the economic backwardness, the newspapers holding breath of readers all of a sudden, the marketing strategies, the commitment to journalism, how the film industry can effectively make use of this media, the need for awareness among the industry people on this internet media like this many relevant topics were discussed. It was a real food for thought.

The Chitraloka mega portal chief K.M.Veeresh disclosed his thoughts for the forthcoming days. A column of noted director Nagathihalli Chandrasekhar appearing in popular tabloid ‘Hai Bangalore’ – ‘Nanna Preethiya Hudugi’ is coming out in Kannada section of Chitraloka mega portal. The facelift given to Chitraloka mega portal in last November 2002 has given wonderful response besides that of nearly 1.5 lakh hits day disclosed Veeresh. Answering a question he disclosed that we the web owners have to curtail the plagiarism-taking place as of now. A Non Resident Indian inquiring about conduct of a function has sought the help of Chitraloka. Like wise there are many queries for information. But there is a laxity of economic support he felt. The directory section is shortly coming up in Chitraloka section and that would give up to date addresses and telephone numbers of all in the industry. Not to affect the business proposal of PRO Lingaraju I kept quiet for sometime on this directory Veeresh added. Veeresh remembered his father K.S. Mallappa and thanked Mr Ravi Hegde for extending the technical know-how. The Kannada film PRO’s D.V.Sudheendra, Nagendra, Ramakrishna, Vijayakumar, Harish, Lingaraj, Venkatesh, Kallesh were present at the birthday celebration. Last time they were all present together was on the day when K.M. Veeresh released the film Directory in the year 1997.