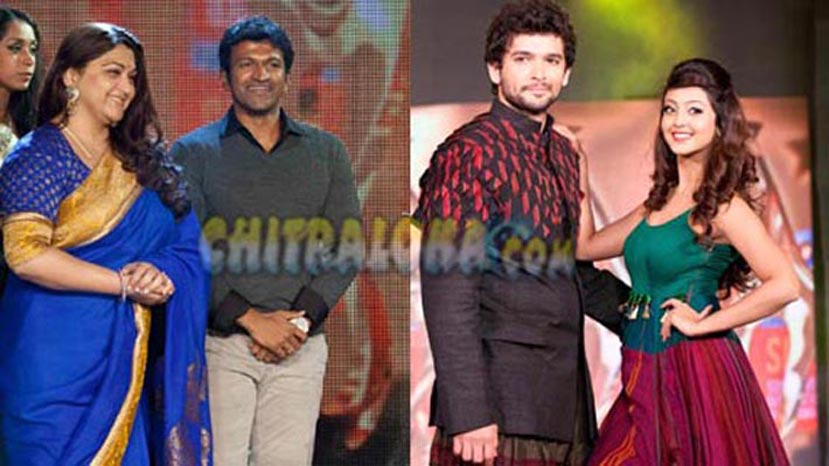 The South Indian Movie Awards come alive for the first time on an International platform on 22nd June at Dubai World Trade Center.

June 21st and 22nd 2012- will never be the same, marking the significance of a very prestigious and glamorous event SIMA ( South Indian Movies Awards).

For the very first time, in the history of the South Asian movie industry, they choose and international platform, to showcase talent and share their celebrations amongst the UAE fans. The two day extravanganza is lined up with exciting events an Kannada film industry's top choreographer Imran Sardaria won the Sensational Choreographer award on Day 1 of the SIIMA function held in Dubai on Thursday and Friday  in which actress Lakshmi Rai (heroine of Upendra in the film Kalpana) was chosen as the most stylish star of the South Indian film industry.

Rebel Star Ambareesh and his actress wife Ms. Sumalatha,  Shivaraj Kumar, Power Star Puneet Raj Kumar, Ramya, Hari Priya, Diganth, Aindrita were all the special attractios  in the awards function.  Ramya won the Best actress award for her performance in the film "Sanju Weds Geetha' and the actress was quite happy about it. Recording her happiness over this award, Ramya tweeted that this is her sixth award for Sanju Weds Geetha. She was happy to receive the award from Rebel Star Ambareesh and Sumalatha. Ambareesh also presented the South India's sensational actor  award to Dhanush, son-in-law of his friend and Super Star Rajnikanth.

The SIIMA awards night had several entertaining and elightening programmes. The fashion shows and the ramp show were the best.  . The ramp looked like a silver screen with a number of actors and actresses from the four industries walking the ramp. Stars such as Rana Dagubbati, Diganth, Ajmal, Shriya Saran, Lakshmi Rai, Andrita Ray, Charmee , Richa Gangopadhyay and many more walked on the ramp to showcase the latest trends of fashion.  Well known names of all the four South Indian film industries were present. Veterans  Ambarish, Sumalatha, Sarath Rajkumar, Kushboo, Vikram, Namitha and Madhavan  were sharing space with much younger stars and sharing their experiences.  . Among the younger  stars who were seen occupying the front seat were Puneet Raj Kumar,  Dhanush, Simbu, Shruti Haasan, Manchu Lakshmi and Manoj Manchu, Trisha, Amala Paul, Aishwarya Rajnikanth, and many more.

The awards night was even more starry with a huge number of stars still expected to descend in the golden city of Dubai. The SIIMA Gen Next awards were given away in the many categories.

3) The SIIMA youth Icon of South Indian cinema was won by Trisha krishnan.