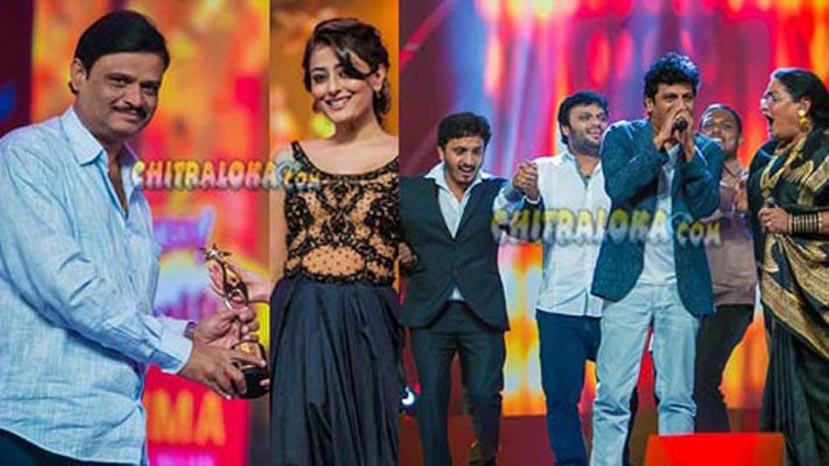 Upendra and Ragini were given the best critics award for their performances in ‘Kataariveera Surasundarangi’ and ‘Shiva’, while Dhruva Sarja and Parul Yadav were considered as the best debutante actor and actress for films like ‘Addhoori’ and ‘Govindaya Namaha’ respectively.

The event was well attended with many Sandalwood celebrities including Sowcar Janaki, Arjun Janya, Rockline Venkatesh, Pooja Gandhi, Priyamani, Ragini Dwivedi, Diganth, Aindritha Ray and others attending the event. Ragini Dwivedi, Parul Yadav and others even performed at the event.