Darshan and Priyamani Are The Best at Filmfare 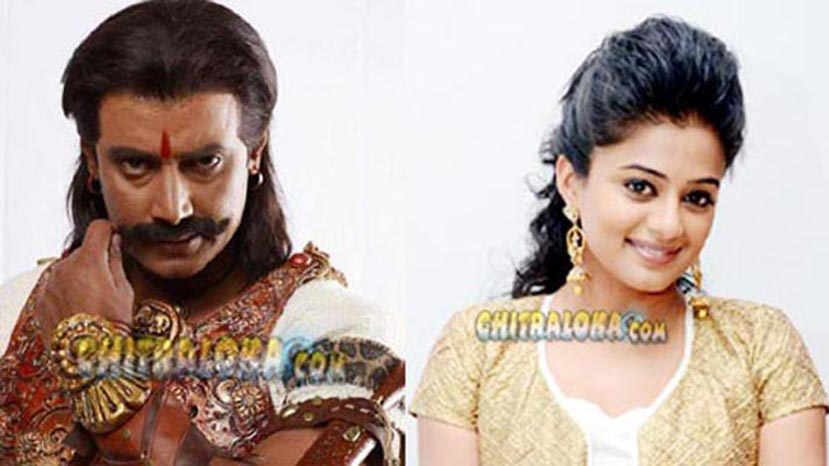 Chitraloka.com had hinted a week before that Darshan and Priyamani are likely to win the Best Actor and Best Actress award for their performances in 'Krantiveera Sangolli Rayanna' and 'Charulatha' at the 61st Filmfare and true to that, Darshan and Priyamani have won the awards on Saturday night at Hyderabad.

This year a total of 11 awards were there of which 'Krantiveera Sangolli Rayanna' has bagged two major awards including the best film and the best actor award. 'Sidlingu' has bagged three major awards which includes best director (Vijayaprasad), best supporting actress (Suman Ranganath) and best singer (Avinash Chebbi).

Music director V Harikrishna has been given away the award for best music direction for his work for Yogaraj Bhatt's 'Drama'. Atul Kulkarni was selected for his sensitive role in 'Edegarike'. Indu Nagaraj got the best female playback singer for the song 'Pyaarge Agbuttaite' from the film 'Govindaya Namaha'.